One of Wall Street’s most notorious scam artists continues to pound the table on the cryptoverse, predicting Ripple’s token XRP could be primed for a rally to a two-digit figure.

Jordan Belfort, colloquially known as the “Wolf of Wall Street”, revealed in an Oct. 28 tweet that he owns a massive amount of the controversial cross-border payments cryptocurrency XRP, which U.S. financial regulators allege is an unregistered security.

Belfort claimed that his “TV guy” believes XRP is arguably the “best thing since sliced bread” and is headed for $10,000. While he is hopeful that the unnamed guy is right and the crypto reaches the sky-high target, Belfort will be content with $10. 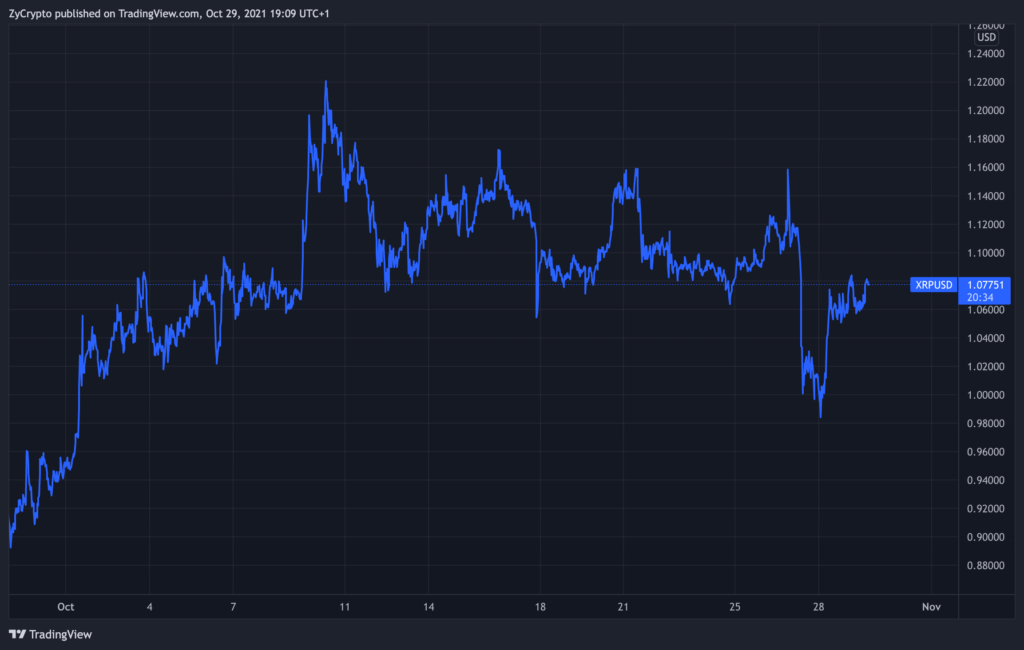 The XRP Army welcomed the strange backing, with most suggesting that $10 per coin is a realistic target. At this price, XRP would have to boast a market valuation of approximately $500 billion. For perspective, the token is currently trading at $1.07, which puts its market cap at around $50.12 billion.

It is interesting to note that XRP is one of the few cryptocurrencies that have not yet managed to set a new all-time high during the current bullish cycle. The token is still 68.6% away from its $3.14 January 2018 historic high, as of press time.

Belfort, now a motivational speaker, pleaded guilty to money laundering and stock market fraud and spent 22 months behind bars. His memoir, The Wolf of Wall Street, was adapted into a 2013 Hollywood film portrayed by Leonardo DiCaprio.

Notably, he was previously a bitcoin skeptic. Case in point, Belfort voiced his agreement with JPMorgan’s Jamie Dimon declaration in 2017 that bitcoin was a “fraud”. But he has since changed his stance on the cryptocurrency coin. Earlier this year, he said bitcoin possesses more advantages than stocks such as its fixed supply, which could push the benchmark cryptocurrency to the $100K mark.