Home » Crypto » Why are miners mining BSV at a loss?

Why are miners mining BSV at a loss?

During the first week of the Kleiman v. Wright trial, the hash rate on BSV nearly doubled as SHA-256 miners switched chains to mine at a loss. 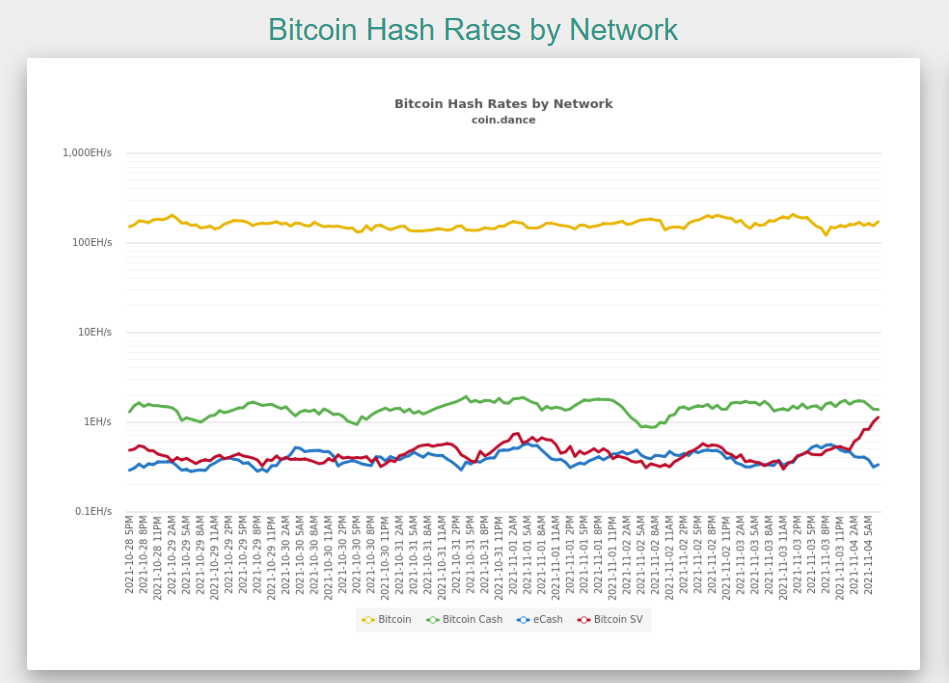 Miners turbo-mining on BSV and BCH has happened many times in the past where the price of either coin spikes above the equilibrium of hash rate and profitability, but this is the first time we see such a significant spike without any preceding price increase.

As a skeptical BSV bag holder for nearly three years, I can hardly believe what I am seeing. Are miners possibly front running an expectation of a decoupled BSV price increase, as Unbounded Capital predicted in their piece on How We are trading the Seventy Billion Dollar Lawsuit over Satoshi’s Bitcoins?

The most fascinating part about this is that risk averse, heavy capitalized businesses are making such a decision, not eager retailers looking to FOMO into yet another doggy coin. Willfully mining at a loss is equivalent to gambling, hoping the price of the asset rises in the future. This strategy is antithetical to miner behavior that establishes the profitability equilibrium in the first place. 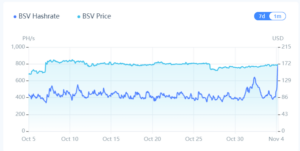 F2Pool is primarily responsible for the spike on 11/4, but other miners including SBI crypto and ViaBTC have switched over this week as well. The modifications to Bitcoin’s original Difficulty Adjustment Algorithm enable such gaming by miners, but previously has always been to make profit not loss. Given the high and frequent costs of miners, this cannot be a long-term play. If so, then miners would have engaged in such behavior before.

One logical conclusion is that miners expect the Kleiman v. Wright trial to positively influence the BSV price in November 2021.

If so, then why not just buy BSV? Mining BSV is effectively buying the coin without acting in the market or the price. F2Pool mined 60 blocks in a span of 7 hours on 11/4, netting them ~375 BSV. I will be watching if this behavior continues this month while the price remains stable.

Another possible outcome is an attack on the network—yet typically blocks are empty or a reorganization is attempted. In this case F2Pool are not mining large blocks but are still processing transactions (though not transactions with large data or scripts).

A third potential reason is to further suppress the price, but that seems as likely as gambling on a price increase with only 375 coins.

One consequence of turbo mining is increasing confirmations within a given time frame. The exchanges that do support BSV require greater than 100 confirmations, so one with some capital may want their coins on an exchange very quickly to speculate on a price rise. An additional consequence of this action is once the hash power does subside, confirmations would significantly slow down as the difficulty remains high, increasing the time other potential sellers must wait to deposit their BSV coins onto exchanges.

I previously wrote about ‘coincidences’ leading up to the trial and this activity falls in line with actions that just so happened to occur in October 2021. Is this yet another one?