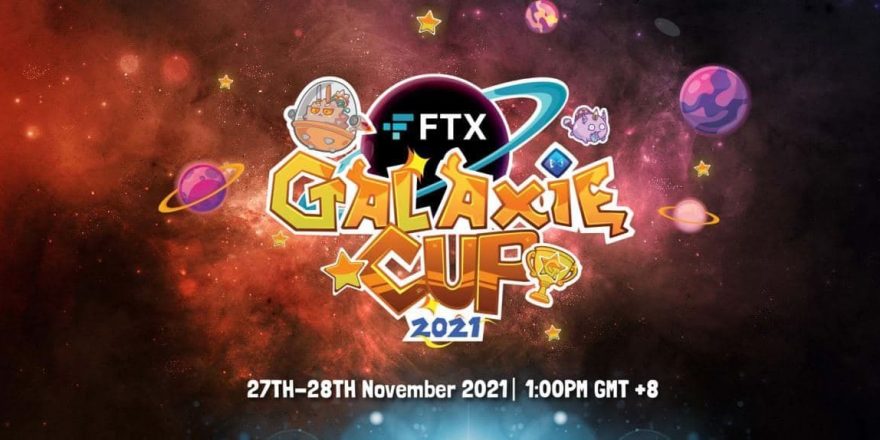 Verasity, a protocol and product layer blockchain platform for esports and digital content, has announced a partnership with Axie Infinity for the upcoming FTX GalAxie Cup 2021. VeraEsports, Verasity’s competitive esports and video streaming platform, will be the online tournament’s official and exclusive broadcast platform partner.

Verasity’s VeraPlayer will be used to stream the online tournament on galaxiecup.com and veraesports.com. The FTX GalAxie Cup is the first to use and incorporate Verasity’s unique blockchain technology on the official competition website.

The FTX GalAxie Cup will begin with an Influencer Tournament on November 27, 2021, followed by a Pro Tournament the next day. The Influencer Tournament is only accessible to chosen Guilds and their nominated representatives. However, the Pro Tournament was open to the general public. Participants were required to register as a team of three, with their match-making-rating (MMR) recorded and averaged out as the team’s MMR. Registration is now closed and teams have been formed, ready to play.

“This pre-season of Axie Esports with 5,000 AXS in prize money has illuminated an incredible foundation for our competitive scene. Tournament organizers worldwide have been hosting amazing community events that continue to bring out the best in our community. As our community further pushes the envelope, we will be furthering our investments in building out infrastructure to support Axie Esports.” Andrew Campbell, Program Lead for Esports & Content Creators at Axie Infinity

VeraEsports, which has established itself as a blockchain-powered watch and earn platform, is a competitive esports and video streaming platform. It provides an environment that allows for seamless integration with Verasity’s VeraRewards system. VeraRewards is now available to all of the company’s major video and streaming services’ software developer kits.

The site creates new social and economic opportunities for the worldwide gaming industry. Furthermore, Verasity’s goal is to boost video revenue and user engagement on video platforms. By offering rewards to engaged viewers, VeraEsports is giving its own incentives system to accomplish this.

Custom Axie Infinity NFTs (AXIES) and $VRA tokens will be available for redemption, along with other unique items.

VeraEsports maintains trustworthiness with its user base and partners. It guarantees that there are no bots or misleading news on its site. The successful rebranding represents an opportunity for a more open and innovative ecosystem for online gaming and crypto in general.