Federal Trade Commission registered a complaint against two company viz. My7Network and Bitcoin Funding Team. A lawsuit was filed because they have allegedly defrauded nearly 30,000 people globally. According to the lawsuit, the operators were promoting cryptocurrency scams on social media platforms including Twitter and Youtube.

Regulators worldwide are grappling with ways to regulate cryptocurrency and its trading activities. No doubt, 2017 was the year of Bitcoin and cryptocurrency but  2018 is intending to become the year of regulatory actions. Some of the countries are accepting the regulator’s actions in more positive way meantime others are contrasting the move.

Most of the regulators have cautioned investors highlighting the risks involved in cryptocurrency. These regulators are acting smartly in order to protect the upcoming extortions.

For instance, recently, Thai regulators have allegedly decided to endorse two distinct regulations on cryptocurrencies and ICOs. The first is the Act of Digital Asset Businesses requiring the registration and KYC agreement of cryptocurrency operatives. The second is the revision of Revenue code of the country concerning tax on the usage of cryptocurrencies or functioning of ICOs.

US Action On Crypto Promoters

The Federal Trade Promoters have taken action against some of the individuals involved in the illegal projects.

A complaint has made on Friday for promising major returns on initial payments of Bitcoin and Litecoin specifically.

“The defendants claimed that Bitcoin Funding Team could turn a payment of the equivalent of just over $100 into $80,000 in monthly income. The FTC alleges, however, that the structure of the schemes ensured that few would benefit. In fact, the majority of participants would fail to recoup their initial investments.”

Another person named as Scott Chandler was accusing of promoting Bitcoin Funding Team as another scam called Jetcoin.

“This case shows that scammers always find new ways to market old schemes, which is why the FTC will remain vigilant regardless of the platform – or currency used. The schemes the defendants promoting were designed to enrich those at the top at the expense of everyone else.”

Cryptocurrencies still have various essential obstacles to overcome before they could substitute present currency systems. The most instant is the simple resistance from current financial associations, which brandish great power and have inducements to disappoint the explosion of cryptocurrencies.

In future, global and democratized cryptocurrencies have the potential to replace current financial systems only after implementing several appropriate measures.

What do you have to say about Federal Trade Commission (FTC) takings step against My7Network and Bitcoin Funding Team. Stay connected with us on Twitter and Telegram for more updates. 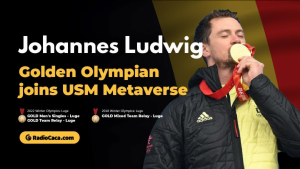