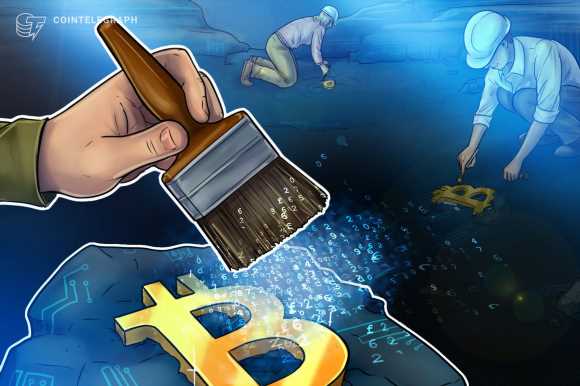 A recent report by Nature.com revealed that as much as 75% of Bitcoin mining takes place in China — news which must fall hard on the ears of Shark Tank and Dragon’s Den investor Kevin O’Leary, who recently labeled all Bitcoin mined with the use of fossil fuels as “blood coin.”

The investor went so far as to say that from now on, the only Bitcoin he would purchase and deal with would be “clean coin” — that is, Bitcoin sourced from miners who utilize green or renewable energy.

O’Leary also claimed that institutional investors would soon begin to take notice of the environmental concerns involved when using Bitcoin and may soon begin to seek out “virgin” coins — i.e., those with their source of production already known and agreed upon beforehand.

According to researchers at Nature, China’s greenhouse gas emissions from Bitcoin mining alone will have exceeded the total emissions of both the Czech Republic and Qatar combined by 2024:

“We find that without any policy interventions, the annual energy consumption of the Bitcoin blockchain in China is expected to peak in 2024 at 296.59 Twh and generate 130.50 million metric tons of carbon emission correspondingly. Internationally, this emission output would exceed the total annualized greenhouse gas emission output of the Czech Republic and Qatar.”

Helped by cheap fossil fuel energy and their close proximity to the epicenter of mining hardware production in South East Asia, Bitcoin miners in China dominate the global landscape in terms of generating BTC.

“Due to the proximity to manufacturers of specialized hardware and access to cheap electricity, the majority of the mining process has been conducted in China as miners in the country account for more than 75% of the Bitcoin network’s hashing power,” states the report.

In related news from closer to home, Argo Blockchain just notched up record revenues in three consecutive months, as the firm achieved its best financial quarter to date. Using renewable energy sources in operational centers based in Canada, Argo mined 387 BTC in the first quarter of 2021, with revenues exceeding 13.4 million British pounds ($18.5 million). The firm reportedly held 764 BTC in total as of the end of March.

Argo recently announced it would set up a clean energy Bitcoin mining pool powered only by renewable, hydroelectric sources.

The extent of “blood coin” production in China is hotly debated, not to mention, refuted, by many in the crypto space — and beyond. Recently, the mayor of Miami, Francis Suarez, claimed that 90% of Bitcoin was sourced via “dirty” energy sources.