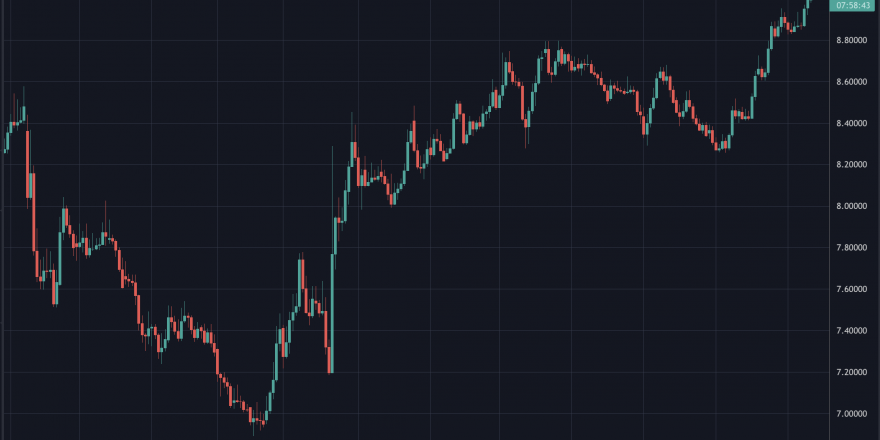 The Turkish Lira (TRY) has lost more than 60% of its value against the dollar since 2018 with it crossing 9 TRY to 1 usd.

That’s down from 7 per dollar earlier this year, a drop of nearly 30% this 2021 as the currency becomes one of the worst performers.

The economy is booming however with Turkey’s GDP growing by an impressive 21.7 percent year-on-year in the second quarter of 2021.

Yet some blame the almost equally high interest rates for inflation, with the new central bank governor reducing them in September from 19% to 18%.

That may have contributed to TRY’s recent rally above 9, a fairly astonishing drop as Turks needed just 3 TRY in 2018 for a dollar, now need 3x that amount.

The Turkish economy however is export orientated, with this devaluation making their goods cheaper. Hence manufacturing has jumped by 13.8% in August, numbers that make even China look slow.

Savers on the other hand are getting decimated with bitcoin seeing significant growth in Istanbul, an area that previously wasn’t quite on the crypto map.

Now they have their own crypto media, crypto exchanges, and much else with the rate of growth reaching the point where the central bank there panicked and so banned bitcoin in use for payments.

Just how much that is or can be enforced outside of big brands is not clear as previously you could buy property in Turkey with bitcoin, but now its primary use is to maintain global purchasing power while the lira falls.