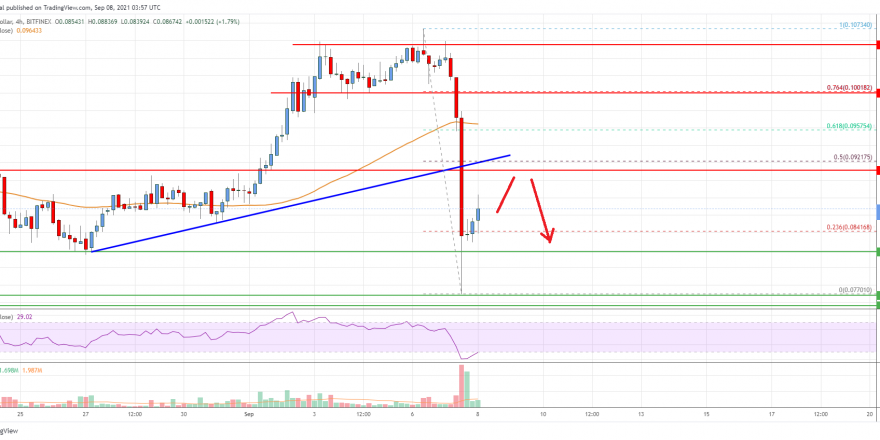 TRON price is declined heavily from well above $0.1000 against the US Dollar, similar to bitcoin. TRX price is likely to resume its decline unless it surpasses $0.0900.

After struggling to clear the key $0.1050 resistance, tron price started a fresh decline against the US Dollar. TRX price broke the $0.0920 support zone to move into a bearish zone.

4 hours MACD – The MACD for TRX/USD is slowly gaining momentum in the bullish zone.