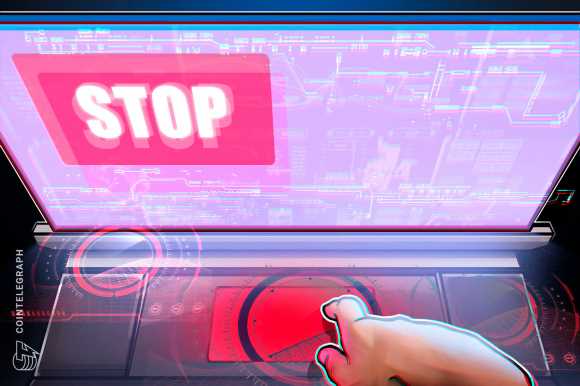 Traffic to Binance surges to record highs, site goes down for maintenance

Leading crypto asset exchange Binance was forced to suspend its spot and margin trading services just a few minutes after its CEO took to Twitter to boast the platform had smoothly handled new record highs for website traffic.

Binance chief executive Changpeng Zhao, or CZ, tweeted the exchange had experienced a new all-time high for traffic on Feb.10, stating the platform had “handled the load” of a 60% increase in traffic on top of the previous day’s record traffic.

CZ also noted that new user sign-ups had tagged record highs: “New account registrations are still open, not sure for how long.” 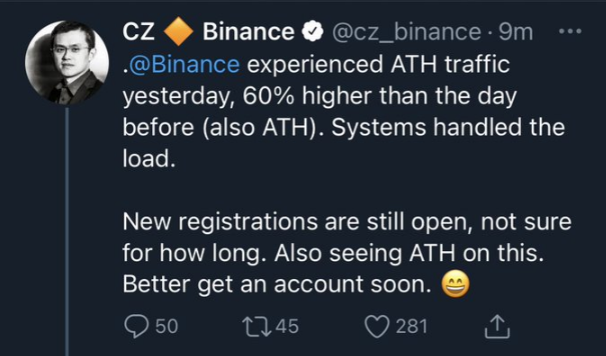 The tweet has since been deleted, with Binance publishing a “notice of temporary system maintenance” roughly 30 minutes later. The exchange returned to normal operations roughly one hour after the notice was issued.

Traffic from Turkey doubled during January to represent the single-largest geographical source of traffic for Binance, with Turkish users representing 6.89% of Binance’s 136 million monthly visitors. Russia ranked the second-largest source of traffic with 6.53%, followed by the U.S. with 5.11%, the U.K. with 4.70%, and France with 3.50%.