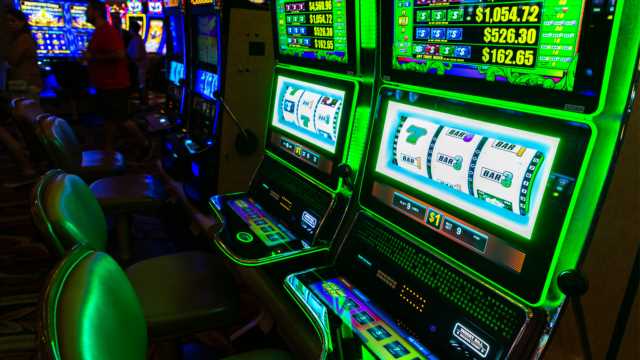 A gambling tech giant received the green light from the U.S. Patent and Trademark Office (USPTO) to start offering cryptocurrency payment options to their users. The company is known for manufacturing slot gambling machines.

Per records from the USPTO, International Game Technology (IGT) received the patent that allows gamblers to pay their pets via bitcoin (BTC), ethereum (ETH), and bitcoin cash (BCH).

As described in the patent’s filings, IGT’s system will consist of the following:

A system that enables cryptocurrency funds to be transferred between a gaming establishment account associated with a player and an external cryptocurrency account.

The document shows some graphics of phones with illustrations of what seems to be mobile applications and uses QR codes that transfer cryptos onto the slot machines. The app also seems to act as a wallet, as well.

Moreover, the cryptocurrency would convert to fiat after the user pays a fee. Technically, the patent extends beyond the slot machines, as it covers services such as moving crypto into the users’ account, as the wallet’s function suggested.

During an interview with Bloomberg Law, Phil O’Shaughnessy, IGT’s spokesperson, commented on the announcement, stressing the need of the company to prepare the ground for the future:

IGT secured this patent to bolster its industry-leading patent portfolio in anticipation of any possible future direction in regulated gaming involving cryptocurrency.

The announcement comes in the midst of another one that involved IGT, who gained approval from Nevada’s regulatory authorities to establish a cashless wagering system through gamblers’ phones.

On April 2, 2020, news.Bitcoin.com reported that Chainalysis researchers found that the downward trend in gambling activity appears unrelated to the bitcoin price drop during the decline witnessed during such a period of time.

According to the analysis, it can be explained by the fact that such market has proven to be more resilient to the dips in the crypto sphere.

What are your thoughts on the announcement? Let us know in the comments section below.