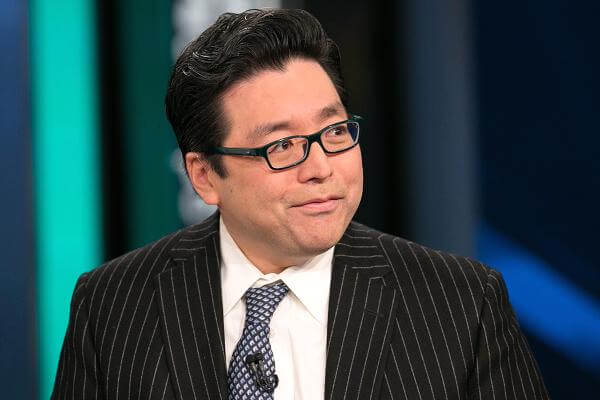 Tom Lee – a Wall Street analyst of Fundstrat fame – has announced that bitcoin could potentially reach a price of approximately $100,000 by the end of the year.

Lee has consistently been there to push bitcoin. He has been one of the world’s biggest bulls since day one, and he has always suggested largescale prices for bitcoin in the long run, but as usual, his discussions should always be taken with a grain of salt – considering we are already nearly halfway through 2021 and the price of bitcoin is suffering heavily as of late.

In a recent interview, Lee stated:

I think bitcoin is hyper volatile. That is the nature of it, but that is what creates the reward for people. Again, even though bitcoin is in the penalty box now, I still think it could exit the year over $100,000.

While it would be nice to simply believe this at face value and assume all will be well with bitcoin, we cannot deny the fact that the world’s number one digital currency has fallen by close to $30,000 within a matter of weeks. Prior to this, bitcoin had reached a new all-time high of approximately $64,000 per unit in mid-April. If BTC was still trading at around this number, $100,000 within the next seven months may not be unbelievable, though at the present time, things are looking a little iffy to say the least.

It took a considerable period to rise to that initial $64,000. Roughly one year, as during April of 2020, the asset was suffering thanks to the spreading of the coronavirus pandemic. A month later, it had managed to regain much of what it had lost since February, as it was trading for around $9,000 at that time. Given that price and its April 2021 high, bitcoin ultimately gained more than $50,000 in about 11 months.

This is impressive, no doubt, but where bitcoin is now, the currency would have considerably less time to recuperate its losses and move into six-figure territory. The asset basically has seven months – not 11 – to increase its price by more than $60,000, and thus things are looking a little farfetched.

Still, as we have seen with bitcoin in the past, virtually anything is possible, and the currency can move in all sorts of directions with little to no clues beforehand. Thus, while Lee’s ideas seem somewhat improbable, they are not entirely out of the question.

Bitcoin volatility is sort of systematic to the network itself, so I think anybody who buys bitcoin has to be aware it is always going to be hyper volatile. That is the opportunity… When you look at where the selling is taking place, it is not from the original holders of bitcoin, but it is a lot of new accounts.