Home » Time is of the Essence for Crypto Regulation: United States OCC Head

Time is of the Essence for Crypto Regulation: United States OCC Head

Michael Hsu, the United States’ Acting Comptroller of the Currency, expressed in a recent interview with the Financial Times that the US should establish a “regulatory perimeter” for digital assets and cryptocurrencies. Hsu also said US regulators are seeking to take a more active role in enforcing regulations in the cryptocurrency sector.

“It really comes down to coordinating across the agencies,” He said. “Just in talking to some of my peers, there is interest in coordinating a lot more of these things.” These collaborative efforts will focus on laws that will support the protection of individual investors and consumers.

When it comes to crypto regulation, “time is of the essence”: Michael Hsu

Some collaboration on regulation and enforcement in the crypto space has already taken place. In the interview, Hsu said that a “small” but “senior” inter-agency “sprint team” convened for the first time earlier in May. The group consisted of representatives from the Federal Reserve, the Federal Deposit Insurance Corporation, and from his own office.

So far, the sprint team’s goals are to present “ideas in front of the agencies to consider” so that regulations can be formed sooner rather than later: “The idea is that time is of the essence and if it’s too big that gets harder,” Hsu told the Financial Times. 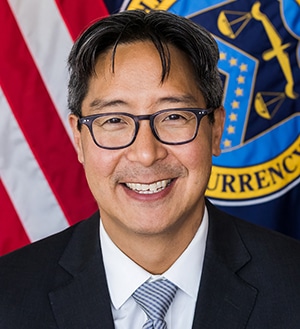 Speaking to a House committee last month, SEC chairman Gary Gensler spoke of “gaps” in the current regulatory landscape. He also noted that the United States Treasury has recently focused on “anti-money laundering and guarding against illicit activity” in the digital asset industry.