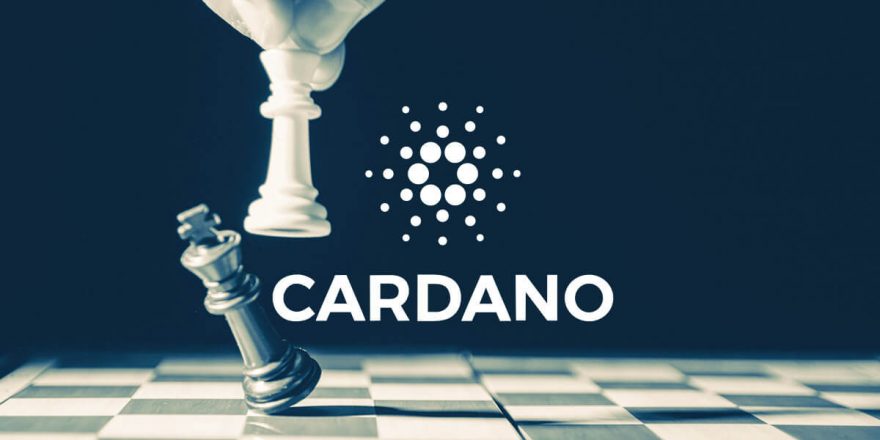 The Cardano smart contract era is closing in, soon the Plutus platform that will host them will be integrated into the mainnet. In that sense, there are many changes and features to be launch on the network.

The inventor of Cardano Charles Hoskinson has been updating the community on the progress made during the smart contract platform test phase. Via his Twitter account, Hoskinson recently celebrated an achievement on an area of focus for the project, interoperability.

Thus, Cardano and other blockchains will be able to onboard Ethereum developers. They will have the capacity to migrate their projects via these sidechains and their alternative virtual machines connected to Cardano and other L1 mainnets. An official post claimed:

(…) for Cardano, Milkomeda will allow sidechains to be deployed that connect directly to the mainchain and use wADA (wrapped ADA) as the asset to pay for transaction fees.

Ethereum smart contracts on Cardano! Glad to see someone getting into that Pond https://t.co/DH9D1v4ahh

The company is set out to create incentives for users to try out a new ecosystem and will use “new technology”, the official post claims, such as Wrapped Smart Contracts. Thus, users and developers can leverage Cardano and other networks as “coordination layers”.

In the meantime, a smart contract can be executed on the Milkomeda sidechain without a more complex procedure. The team at dcSpark claimed this mechanism will “bring novel UX to the table for end-users”.

As an example, they said that developers will be able to execute a smart contract on the Milkomeda sidechain directly from the Cardano mainnet. This removes the need for additional platforms or tools, such as wallets. Robert Kornacki, Chief Strategy Officer at dc Spark said:

We believe that providing such flexibility and power to end users will set a new standard for some of the most promising smart contract enabled blockchains and their ecosystems at large thanks to Milkomeda.

From Cardano To A Multichain Ecosystem

The team highlighted that Milkomeda will be first implemented on Cardano under the named M1. This event will create this network’s first sidechain.

It will use wADA as a base asset with existing Cardano stake pool validators also running the Milkomeda validators. Nico Arqueros, CEO at dcSpark, said:

With the initial launch of the protocol and the M1 sidechain we are excited to be a part of bootstrapping Cardano’s sidechain era as a first step for Milkomeda. Furthermore, by bringing a new piece of game changing tech onto the scene, wrapped smart contracts, we are excited to be on the front line pushing the vision of multi-VM blockchain ecosystems and making it a reality.

Arqueros added that the company believes in a future where all L1 blockchains have a coordination layer to strengthen a “diverse ecosystem” with multiple virtual machines. In the future, Solana, Cardano, and many more blockchains could have a bridge supported by their own community.

Hoskinson stressed that interoperability is key to increase blockchain adoption while adding:

(…) we don’t believe there will be ‘one blockchain to rule them all’, and instead value collaboration. When it comes to interoperability and scalability, sidechains are an essential part of our vision for Cardano.