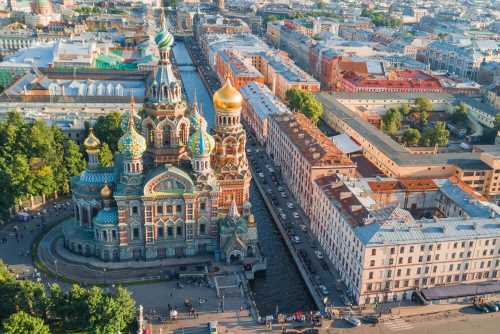 The Blockchain Group is working to prevent members of Congress from passing legislation that would place sanctions on oligarchs or individuals in Russia for using cryptocurrency. The organization claims that these people are not using crypto for illicit purposes and thus they do not deserve to be punished.

Sanctions have been placed on Russia since the country allegedly invaded Ukraine last February. There are several worries that Russia is going to look to crypto to avoid these sanctions, and two bills have been introduced in both the U.S. House and the Senate designed to prevent crypto exchanges from processing payments in or from Russia.

In addition, Congress would have the power to punish any crypto exchange that broke said laws and did business in Russia against the administration’s wishes. The Blockchain Group believes that these bills will do great damage to the crypto space and would subject crypto to the same rules witnessed amongst banks, fiat currencies, and standard financial institutions.

Curtis Kincaid – a spokesman for The Blockchain Group – says it is looking to help the U.S. Congress separate “fact from fiction” on Russia’s abilities to transfer large sums of crypto funds to avoid sanctions. So far, the organization has spent close to half a million of its own money lobbying during the first quarter of 2022.

Representative John Garamendi – a democrat from California – is one of the co-authors of the House bill. In an interview, he stated:

The crypto industry fancies itself as an alternative financial system, an alternative bank. Banks have been sanctioned left, right, and center, and banks are pulling out of Russia, so if they fancy themselves a financial mechanism, then they’re in the same league, the same situation, as Bank of America or a Russian bank.

Another one of the bills is being co-sponsored by democrat Elizabeth Warren of Massachusetts (surprise, surprise). The bill is titled the Digital Asset Sanctions Compliance Enhancement Act of 2022 and is designed to punish all Russians that use crypto as a way of avoiding sanctions.

Warren Has a Real Problem with Crypto

Russian oligarchs can continue to use crypto to move their money around, so we’re just going to give [the] Treasury the authorization to treat these crypto platforms much like the banks are treated. That is, you’ve got to know your customer and you can’t be dealing with people who are in violation of sanctions… It’s no surprise that the unregulated crypto industry has deep pockets and an army of lobbyists who are fighting against basic rules to keep consumers safe, but it’s shocking that they would also work to undermine U.S. national security and our sanctions regime against Russia.

While some allegedly illicit crypto transactions stemming from Russia have been stopped, exchanges like Coinbase say they will not end services for everyday Russian people.