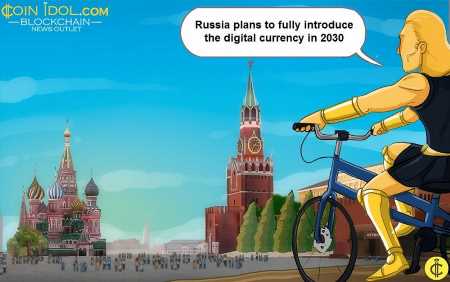 The Bank of Russia Continues to Test Digital Ruble Payments. Could It Help Circumvent Western Sanctions?

The Bank of Russia is continuing to test the Digital Ruble payment system and plans to involve more banks into the program in 2023.

Testing the digital ruble in international payments in real time

Russia has been developing the digital ruble for years and plans to fully introduce the digital currency in 2030. However, after Russia’s invasion of Ukraine, the country was hit with several hundred sanctions by powerful Western allies. Some of the sanctions specifically targeted major Russian banks and payment channels for Russian resources such as oil and gas.

The chairwoman of Russia’s Central Bank, Elvira Nabiullina, recently announced that the bank has been testing a beta version of the Digital Ruble with other banks in Russia. The chairwoman also stressed that the central bank will test the system for international trade by next year, 2023. The bank started internal tests with the Digital Ruble earlier this year and stated that all tests have been successful.

The bank announced that up to five other banks are currently participating in the Digital Rubble test. The bank also confirmed that in the coming months another seven banking institutions will join the tests, which will last throughout the year. Nabiullina further explained that the digital platform will be used for certain international payments and will only charge a small fee for payments of goods and services.

The development of the digital ruble

The digital ruble is a central bank digital currency developed by the Bank of Russia. The currency is a digital form of the country’s fiat currency. The Central Bank of Russia refers to it as an additional form of the country’s national currency, the Russian ruble. The central bank states that the digital ruble will not rely on the Internet, as the currency can be used offline.

Recently, the BBC reported that Russia plans to accept payments in bitcoin for its oil and gas sales to other countries. According to the BCC, the announcement of a possible use of Bitcoin came from a senior Russian parliamentarian, Pavel Zavany, who heads a parliamentary committee on energy in the State Duma.