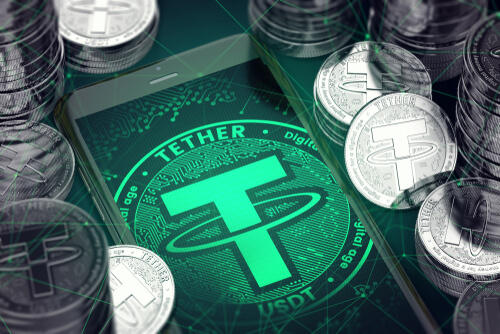 Tether Fell Below $1 for the First Time Ever in May

The crypto space continues to sink deeper into the abyss, and now Tether – an alleged stable currency – is showing signs of falling victim to the heat in the crypto kitchen. Tether saw itself trading for less than $1 for the first time just a few weeks ago.

Tether Is Beginning to Feel the Pressure

Things started out badly in mid-May when Terra USD – an algorithmic stable currency – lost its peg to USD and ultimately began trading for less than $1. Many felt that this was potentially a one-time thing; a single asset losing its “stable” status, though now the trend appears to be making its way into the arenas of other stable currencies, Tether being the second.

As the world’s most popular stable asset, Tether dropped as low as 95 cents on most exchanges prior to a slight recovery that saw it trading at 98 cents just a few hours later.

Following the dip, Tether issued a statement on its website suggesting that all was well with the company and that investors need not worry, though given the company has never been audited, there were some analysts and traders in the fray that had difficulty accepting this idea at face value. The company said online:

Tether has maintained its stability through multiple black swan events and highly volatile market conditions, and even in its darkest days, Tether has never once failed to honor a redemption request from any of its verified customers. Tether will continue to do so which has always been its practice. Tether is the most liquid stable coin in the market, backed by a strong, conservative portfolio that consists of cash & cash equivalents, such as short-term treasury bills, money market funds, and commercial paper holdings from A-2 and above rated issuers. The value of Tether’s reserves is published daily and updated once per day.

One of crypto’s biggest critics – actor Ben McKenzie of “Gotham” fame – took to Twitter to shove traders’ noses into the swelling losses being experienced by the crypto space. Not long ago, McKenzie co-wrote a book – which is now available for purchase – discussing the alleged risks and problems associated with the digital currency industry.

While these shenanigans are fun (and lucrative for the big boys) when the price goes up, when it goes down, all hell tends to break loose. You, my dear average casino patron, are not at the forefront of their thoughts.

Terra USD Started It All

Per Richard Usher – head of OTC trading at BCB Group – the fall of Terra USD has really done heavy damage to the crypto space. In a statement, he explained:

The collapse of the peg in Terra USD has had some nasty and predictable spillovers. We have seen broad liquidation in BTC, ETH, and most altcoins.