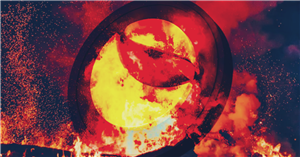 Terra's Rescue Plan: $1.4B UST Set To Burn, While 240 million LUNA Being Staked

Do Kwon’s first rescue plan included enlarging the base pool, burning UST, and staking LUNA, according to the Terra’s Twitter account. Terra feels that the downward pressure on UST’s peg is diluting Luna, delaying both recovery and producing an excess of UST and that the only way to address this is to burn UST and increase the available pool of Luna.

Proposal 1164, Do Kwon’s original Terra approach from May 11, is discussed in this thread. The idea would improve the algorithmic stablecoin UST’s balance by increasing the currency’s base pool. The proposition has earned 220,000 votes or more than half of the total.

“The primary obstacle is expelling the bad debt from UST circulation at a clip fast enough for the system to restore the health of on-chain spreads,” said Terra in a Tweet.

As a result, three emergency steps must be performed, one of which focuses on increasing UST burning:

The so-called Agora Proposal vote is approaching, according to Terra Research forum user “The Intern.” The entire amount of UST incinerated should be 1.4 billion UST, or “11 percent of the existing UST obligations,” according to the site.

In conclusion, the team believes that increasing the coin’s basic pool and burning more will save UST.

Point three, including the staking of 240 million LUNA, is said to bolster the TERRA ecosystem’s network governance.

However, some experts believe that investing 240 million LUNA (approximately $200 million) is insufficient to salvage the project:

A token burn is an act of removing cryptocurrency from circulation on the blockchain because it would enhance the value of the existing blockchain, it might be considered a deflationary event. It would be analogous to a stock buyout for token holders.

Terra has announced to burn approximately 1 billion UST (about $690 million) in the community pool while raising the Base Pool of LUNA accessible to 100 million, bringing the total minting capacity to over $1 billion. This will assist speed up the flow of UST out of the system, bringing it closer to its peg and driving down the price of Luna.

Currently, the burning of UST is too slow to keep pace with the demand for excess UST to exit the system, which is hindered by the BasePool size,” reads the proposal.

“Eliminating a significant chunk of the excess UST supply at once will alleviate much of the peg pressure on UST.”

Some comments on the proposal speculated on whether this was due to a defect in Terra’s software or if it was a result of a larger market slump triggered by the price of bitcoin falling.

This proposal can be voted on by network validators. The Yes side has garnered 50.47 percent of the vote, while the abstention side has received 49.1 percent, according to a vote tracker. The pass criterion is 50 percent, and 87.8 percent of eligible voters have already voted.