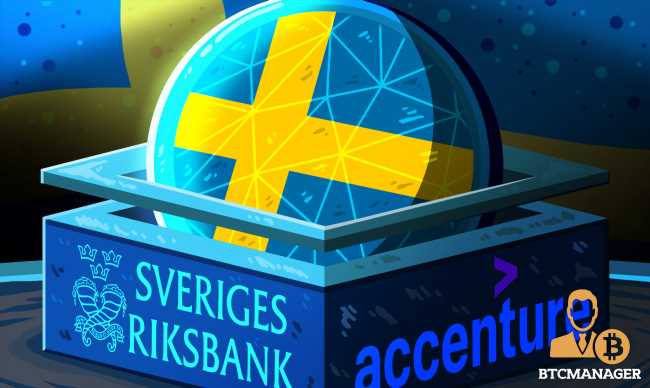 While Sweden’s central bank is exploring the possibilities of creating its proposed central bank digital currency (CBDC) known as the e-krona, bankers in the country do not seem thrilled about the idea, as they are worried that a CBDC could affect the banking system.

According to Reuters on Tuesday (Jan. 5, 2021), Swedish bankers have expressed concern regarding the e-krona proposed by the country’s central bank, Riksbank. The e-krona bypasses intermediaries such as commercial banks, thereby giving holders direct access to the central bank.

Back in December, Per Bolund, Sweden’s finance minister said the government was reviewing the possibility of moving the country to the e-krona. The study which began on Dec. 11, 2020, would be completed In November 2022.

Meanwhile, Masih Yazdi, the chief financial officer of corporate bank SEB, noted that the people moving their funds to the e-krona could affect the commercial banks’ funding, thereby making the banks dependent on wholesale markets for liquidity.

“If you have a bank account but you can – at the click of a button – move your money to the central bank … that could risk instability in the system.”

Also, an advisor for the Swedish Banker Association, Rickard Eriksson, said the central bank has not come out to state comprehensively what it plans to do with the deposits it gets.

Sweden’s Riksbank started talks about a national digital currency back in 2018. With the country being one of the world’s most cashless societies, it’s no surprise that Sweden is exploring the option of a CBDC.

Riksbank in Dec. 2019 announced a partnership with Accenture, the multinational professional services firm, making the company the central bank’s technology partner to create a pilot platform for the e-krona.

Although the Riksbank is yet to decide if it should launch a CBDC or not, the Swedish central bank is nonetheless not giving up on the idea. As reported by BTCManager back in October 2020, the Riksbank governor Stefan Ingves, said the e-krona would be a digital legal tender issued by the central bank, adding that the decision to issue a CBDC “requires a legal basis and political support.”

While bankers in Sweden are apprehensive that the central bank’s e-krona plans could affect the industry, Cecilia Skingsley, Deputy Governor of Riksbank, according to Reuters, earlier responded to the concerns, stating:

“We already have to face the risks that there are cyber runs out of the banking system. I don’t think a CBDC will fundamentally change that to a worse situation.”