Home » Crypto » Stablecoins could be the future of money – Here's why 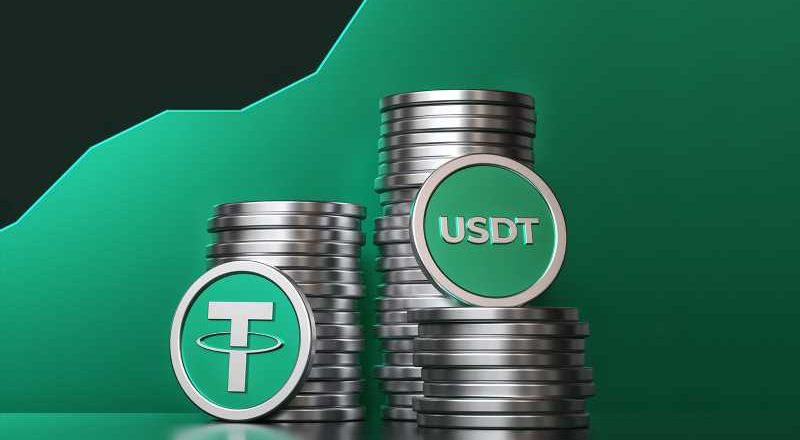 Stablecoins could be the future of money – Here's why

The popularity and awareness around Cryptocurrencies are on a rise, but so is the chaos and confusion. With cryptocurrencies hitting billions of market capitalization, their transition from a store of value to a medium of exchange still seems quite difficult. But with Stablecoins entering the picture, they brought along a ray of hope for cryptocurrencies to be used as easily as money. In this article, we will talk about what stablecoins are and how they could be the future of money.

Cryptocurrency’s most important feature is that it provides the same service as traditional fiat currency, but without the oversight of a central bank. The simple fact is that governments are increasingly uneasy about this lack of control, with many arguing that digital assets should be regulated like other financial assets. This has led to some banks blocking customers from interacting with cryptocurrency exchanges. And in the United States, some banks have also begun closing customer accounts for no real reason other than their involvement in the sector.

Stablecoins are designed to deal with these concerns. They provide all the benefits of cryptocurrency, but their value is pegged directly to a fiat currency – usually either the US dollar or the euro. This means they don’t fluctuate wildly like bitcoin or ether because they’re not subject to the same market forces.

This is why Stablecoins are making bitcoin and ether lose their dominance in the crypto industry. But what exactly are they? And could they really be the future of money?

The primary benefit of stablecoins is that they allow consumers to transfer value instantly and cheaply using an asset that has no risk of losing its value due to volatility. In addition, they make it easier for merchants and businesses to accept cryptocurrencies without worrying about wild price swings – something which will help drive wider adoption of stablecoins as a medium of exchange.

The first major stablecoin was Tether (USDT), which was launched in July 2014. It is pegged against the U.S. dollar and maintains a 1-to-1 ratio with the U.S. dollar in terms of value. Since its inception, the usdt to inr rate has been swinging in an INR 70-80 window, except for a few exceptions. However, the project has been hit with controversies and allegations from the community.

Contrary to popular belief, Tether is not the only stablecoin on the market today. Other cryptocurrencies have been developed as well and have been able to attract considerable attention from investors worldwide. One such example is Circle’s USD Coin which was originally released in 2018. It has since become one of the most successful coins in the industry.

The idea behind USD Coin is relatively simple. Unlike Tether where each coin is backed by one actual US dollar, Circle’s stablecoin is backed by multiple currencies, including fiat currency and other cryptocurrencies. This helps ensure stability and also makes it easier for investors outside of the US to access this coin without having to worry about exchange rates and other issues that arise when dealing with foreign currencies.

Stablecoins are a vital part of the global digital economy. They’re being used for everything from trading and arbitrage to remittance and cross-border payments. But the stablecoin market is still relatively young, and there are plenty of unanswered questions and challenges that need to be addressed before it reaches its full potential and replaces centralized currencies.

Regulation and compliance are among the biggest issues facing the industry. The crypto space has long been seen as a Wild West due to a lack of institutional regulation, with many firms operating in regulatory grey areas. Many believe that stablecoins could be instrumental in attracting institutional investors to crypto markets. However, before big banks and hedge funds will consider investing in cryptocurrencies, they need to see greater regulatory clarity on how assets such as stablecoins should be classified and governed.

Some companies have made efforts to address these concerns by ensuring their assets are compliant with existing laws, but for now, the majority are still taking a wait-and-see approach. If the industry can find a way to address these challenges, stablecoins could play an integral role in making cryptocurrencies more accessible for businesses and consumers as a medium of exchange.