SquaredFinancial has promoted Philios Petrides as its new chief data officer to oversee the development of its data strategy, operating model, technology and governance.

The brokerage firm has originally appointed Petrides in September as global head of business intelligence, overseeing a range of information relating to the company’s brokerage and investment services performance.

Petrides brings to the role 15 years of experience in financial data analysis where he has worked on large-scale business intelligence programs across many sectors. He served as a database developer and network administrator during the initial phase of his career and subsequently moved into the FX industry. 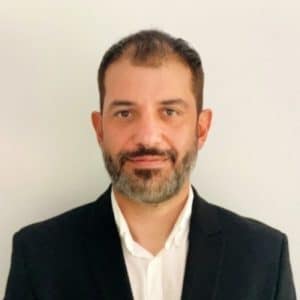 Prior to SquaredFinancial, Philios was head of data and business intelligence at Belize-based FX and CFDs brokerage, Scope Markets. Additionally, he spent a short stint at easyMarkets where he held an analogous role that generates and collects relevant data to bring improvements across all areas of business.

The bulk of his career within the foreign exchange industry was spent at FxPro where he worked for nearly five years. During this long tenure, he led a cross-functional team to support the use of business intelligence, from front-line customer satisfaction to how the company can position itself in the market.

SquaredFinancial rebranded in 2018 from its previous tradename, ProbusFX, a Cyprus based financial services provider that was founded in 2017 and soon received its license from the Cyprus regulator. The move came as part of their pairing up with sister company, Squared Financial Services Limited, now trading as SquaredPro, to form the Squared Financial Group.

Additionally, the legal name of the company has been changed from Aspide Financial Limited to Squared Financial (CY) Limited.

In April 2020, the company appointed Husam Al Kurdi to the role of its chief executive officer (CEO), replacing Youssef Barakat, who has been with the CySEC-regulated broker since 2009.

Prior to landing at SquaredFinancial, Husam served as Head of Product Management/Business Transformation at Abu Dhabi-headquartered international brokerage ADSS. He joined at the middle-east focused broker back in 2011, where he was originally appointed E-trading project manager.