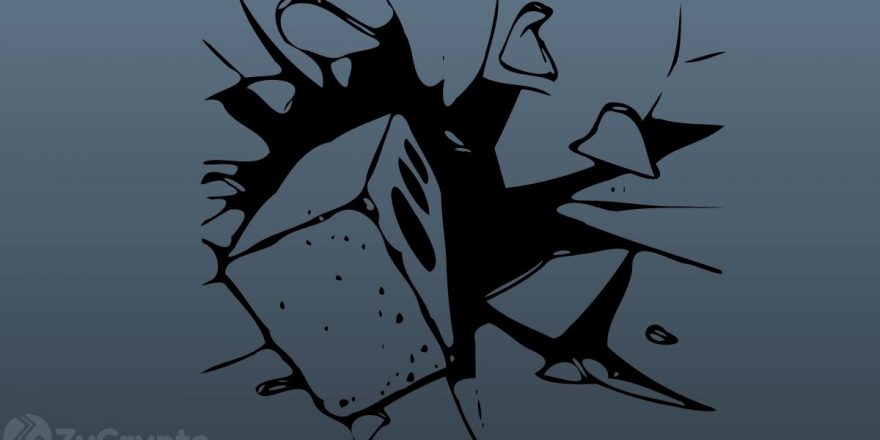 This week, Solana and Polkadot continued to sour higher, tapping into new highs even as Bitcoin struggled to stay above $61,000.

SOL, the native token for Solana had been exhibiting strength since Tuesday when it broke and closed above $215, a major resistance zone. It’s essential to note that the price had been playing out below this resistance for about 54 days since it topped in September at $216. 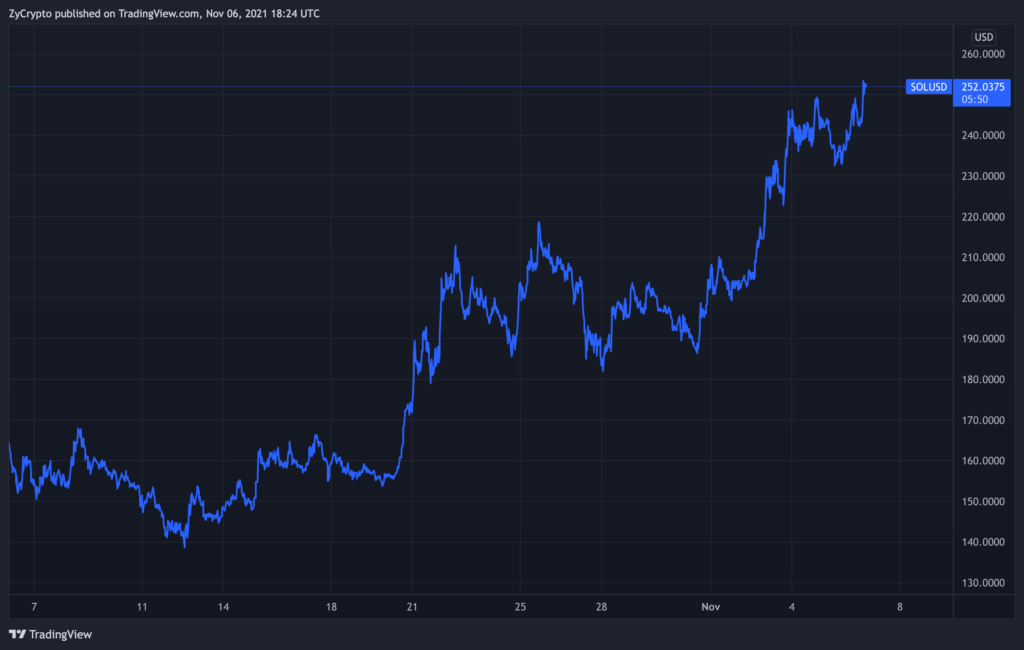 SOL slumped back to $166 as buyers took partial profits and had since been attempting to recoup that previous high. On Wednesday, the coin which ranks fourth by market cap surged to hit a high of $248.

Solana’s unprecedented bull run especially in 2021 has been a result of various factors including the expansion of the network’s ecosystem to include NFTs. According to data from CryptoSlam, the total NFT secondary sales volume on the network has already surpassed half a billion dollars, pitting it against Ethereum and other layer-2 competitors.

Polkadot Surges Ahead Of Parachains Debut

On the other hand, Polkadot (DOT) sellers were in for a stormy shock as price sliced through the previous ceiling of $49.78 on Monday running green for two consecutive days to $55.09, a new ATH as of press time.

The journey “to the moon” for DOT comes after the network’s dev-team announced on Monday that the network’s council was going into a public referendum that would enable parachain registration.

Next week, the network is expected to launch its first so-called parachain auctions which will enable developers to register, build, and source for funding for their projects on the Polkadot ecosystem. This expected launch has seen more crypto traders get interested in the network, propelling the token’s price ahead of the parachain debut.

In a rare occurrence that has since become sort of a norm, Bitcoin seems to have fallen behind despite this week’s rally by SOL and DOT. Whereas previously, BTC which ranks first by market cap always led the cryptocurrency pack, the price has been exhibiting signs of frailty since it hit an ATH. As of Saturday, the coin had lost over 7% in value since peaking two weeks ago at $67,000.

Bitcoin which is currently reading 73 on the Fear And Greed Index seems to have lost muscle for the week with pundits expecting a slight pullback into the ’50s before resuming the larger bull run.

According to Gareth Soloway, the weakness being exhibited by price could be as a result of big money buyers not buying into the asset which they believe is overly-priced and are waiting for discounted prices.

“Bitcoin is running out of time,” he says, “It has to confirm $65k level soon or expect a dump & retest of $58k. The window for higher is still open but closing.”