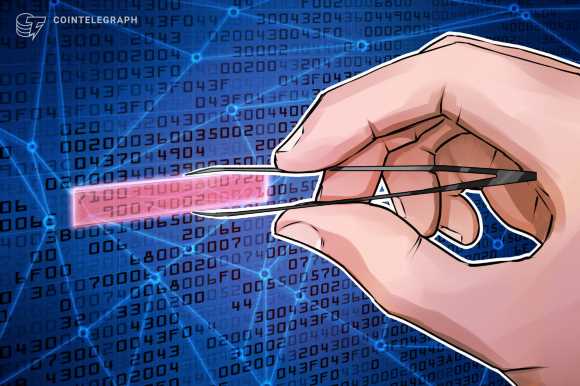 Developers have fixed the runtime bug that caused the latest outage of the Solana network on June 1.

According to a report published by Solana Labs on June 5, Solana’s fifth outageof 2022 was caused by a bug in the “durable nonce transactions feature”which caused the network to stop producing blocks for roughly four and half hours.

“The durable nonce transaction feature was disabled in releases v1.9.28/v1.10.23 to prevent the network from halting if the same situation were to arise again.”

“Durable nonce transactions will not process until the mitigation has been applied, and the feature re-activated in a forthcoming release,” they added.

The term durable nonce transactions refers to a type of transaction on Solana that is designed to not expire, unlike a normal transaction on the network which usually has a short lifetime of around 2 minutes before a blockhash becomes too old to be validated.

It is generally used to support transactions tied to avenues such as custodial services which require more time than the usual “to produce a signature for the transaction” according to Solana Documentation.

“After the failed transaction was processed, but before the nonce was used again, the user resubmitted the same transaction for processing. This resubmission activated the bug in the runtime,“ the p report reads.

The price of Solana’s native asset SOL has dropped roughly 13.9% since the mainnet outage on June 1 to sit at $39.08 at the time of writing. Investor appetite to trade the asset has only increased, however, with 24-hour trading volume increasing by 61% to $2.141 billion within that same time frame, according to data from CoinGecko.

In a broader sense, data from Solana-focused analytics platform Hello Moon shows that the total value moved on-chain (successfully) in terms of a seven-day rolling average has significantly dropped since late March.