Home » Crypto » SkyLaunch Is Partnering with Polygon To Boost IDOs 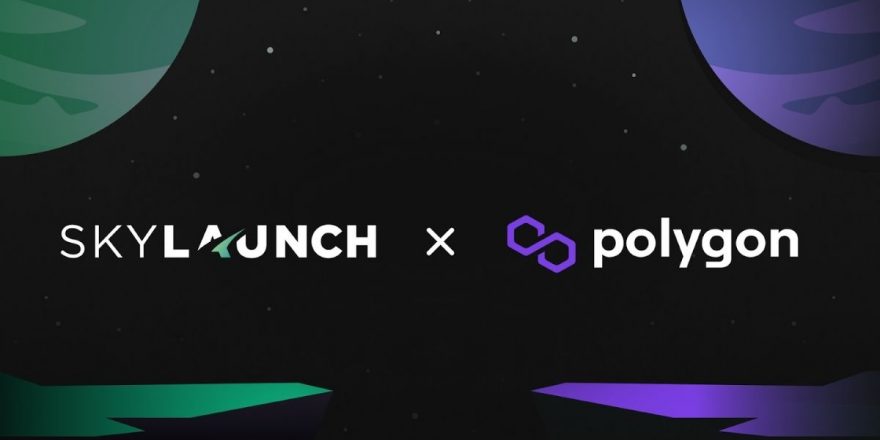 SkyLaunch, a multichain IDO marketplace, has partnered with the high throughput Polygon. As per a press release on January 11, the deal aligns with the project’s ambitious plan of revolutionizing how projects raise funds while also solving associated pain points plaguing the sphere despite IDOs’ popularity.

Polygon is the First Blockchain to Integrate SkyLaunch

The partnership makes Polygon the first blockchain to be part of SkyLaunch. This is crucial considering their solid plan of deploying on several activity-dense smart contracting platforms where Polygon has already made a name for itself.

Unlike competing networks, Polygon taps on Ethereum—the first smart contracting platform whose brand always attracts hundreds, if not thousands, of projects to its rail. Polygon’s creators deployed its protocol to be compatible with Ethereum’s virtual machine and exist as a sidechain without the exorbitantly high trading fees associated with the Proof-of-Work network.

As of mid-January 2021, the average transaction fees in Ethereum stood at over $45, which is several times higher than in competing networks whose fees are close to zero, even negligible. Because Polygon is cheaper to transact from, user experience is enhanced, and a drawer for projects that still want to access Ethereum.

The Polygon Grant, what it means for SkyLaunch

SkyLaunch has also received a grant from Polygon and will explore the sidechain’s ecosystem, becoming a permanent fixture in the scene with time. More than 45 projects are launching on Polygon and taking advantage of the protocol’s in-built benefits, including its interoperability with Ethereum and other EVM-compatible chains.

While this could be one aspect of Polygon, an even more prominent feature of Polygon is its setup. The network is easy-to-use, user-friendly, and comes with a Standard Development Kit (SDK) for easy building. Accordingly, out of Polygon, functional projects can be launched and added to the chain’s ecosystem.

Therefore, with SkyLaunch receiving a grant from Polygon to develop, the launchpad now positions itself to be a go-to platform for potential projects seeking to raise funds and receive even more support as they gradually build. SkyLaunch has a different approach and would be attractive for projects that immediately crowdfund and even those who aren’t ready.

Their comprehensive services include pre-IDO consulting, launch assistance, and complete post-IDO support with access to specialists through their incubator and alliance programs. At the same time, there is assurance for investors because all projects seeking to use SkyLaunch’s rails are subject to thorough vetting via dual-layer due diligence.