Shiba Inu Shatters New Highs, On Path To Ousting DOGE — But Can It Reach $0.001?

Recently, the meme coin has been receiving a lot of attention globally, topping among the most trending topics in the U.S. on Twitter which could be a great pointer as to why the price has been surging.

The bull run which technically began on October 4 has been running non-stop despite several setbacks. Last week, the Dogefather poured cold water on the asset’s price by saying that he does not hold any Shiba Inu, resulting in the coin’s price slipping sharply. This is despite him having tweeted in March stating that he would be ‘getting a Shiba Inu. 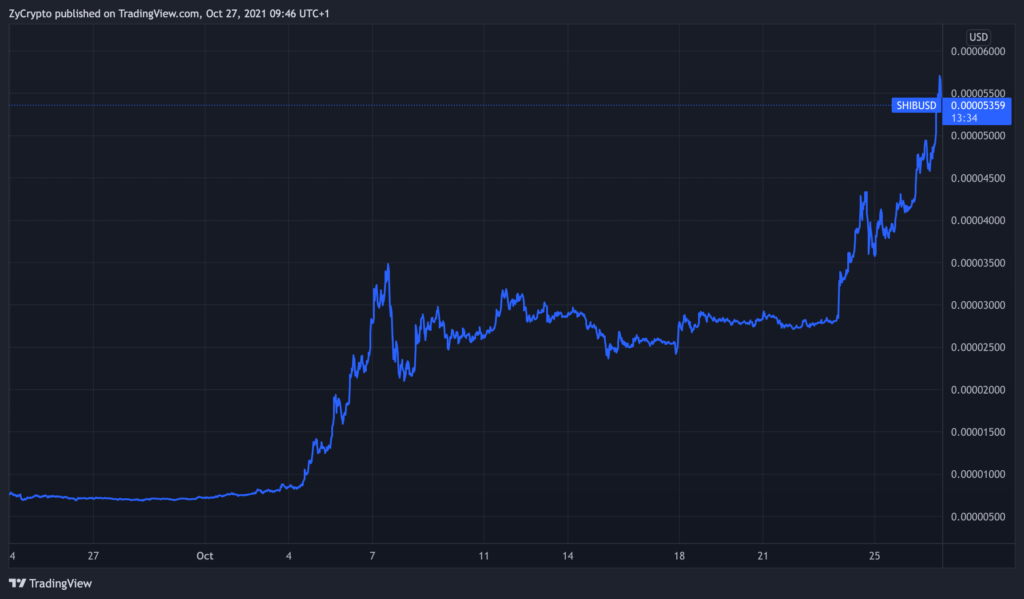 With over 5 decimals taken out since the beginning of the year, Shiba is still two decimals away from reaching $0.001 and four away from entering Dogecoin’s price territory. Pundits are however skeptical if Shiba Inu will ever manage to reach $0.01 or better yet $0.001 given its large number of tokens available.

SHIB currently has a circulating supply of $394,769,000,000,000 out of the total supply of 1000 trillion. To put this into perspective, for the token to reach $0.01 on just half the total supply, this would make it a half quadrillion ($500 trillion) which is more valuable than the total net wealth of the entire world which stands at $431 trillion.

According to Alex Braczkowski, despite the hype around SHIB, imagining the token at $0.01 or even $0.001 is credulous.

“The dream of 0.01 or 0.001 shib is mathematically impossible. One cannot have that many tokens for that price. It would mean the market capitalisation of the entire crypto market several times over.” he says

Aaron and Austin, the co-hosts of altcoin-daily also doubt if the coin will ever reach or come close to $1.

Shiba Inu is currently trading at $0.000059 after having briefly touched $21 billion in market capitalization. With the 24-hour trading volume going up by 165% to sit at $18.2 billion and the price having broken a major resistance, there is no limit to where it could go to.