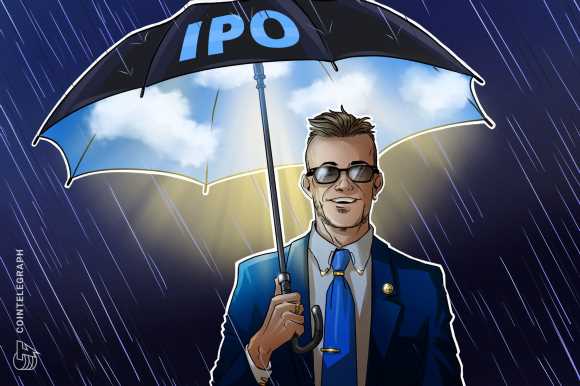 SEC-registered crypto issuer INX to wrap up IPO in April

INX Limited, a Gibraltar-based platform for trading securities and cryptocurrencies, is preparing to finish its initial public offering soon.

According to a Monday announcement, April 22 will be the last day of INX’s IPO as the company expects to have listed its token on at least one public trading platform by the end of May 2021. INX plans to launch the INX Digital trading platform shortly after the IPO ends, the firm said.

INX launched the IPO in August 2020, planning to raise up to $117 million in a security token offering approved by the United States Securities and Exchange Commission.

INX CEO Shy Datika said that the company “has secured its position as the first to execute an SEC-registered digital security IPO for both retail and institutional investors.”

INX did not specify how much the firm has raised with its IPO so far. The company did not immediately respond to Cointelegraph’s request for comment.

As previously reported by Cointelegraph, INX originally expected to finish the IPO by the end of 2020, having raised a total of $10 million as of late October.

Within its IPO, the firm has been accepting payments in major cryptocurrencies, such as Bitcoin (BTC) and Ether (ETH), as well as U.S. dollar-pegged stablecoin USD Coin (USDC). When INX introduced the crypto payment option in September 2020, Bitcoin and Ether were trading at around $10,500 and $380, respectively. Both cryptocurrencies have seen massive growth amid a major rally on crypto markets, up more than 500% since September, trading at $58,577 and $2,099 at the time of writing, respectively.

INX is finishing its IPO as major U.S. cryptocurrency exchange Coinbase prepares to go public with a direct stock listing on the Nasdaq Global Select Market. The firm expects to launch its Class A common stock trading under the ticker symbol “COIN” on April 14.