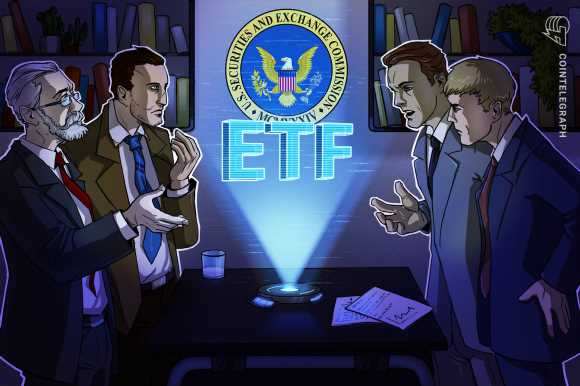 On July 13, the Securities and Exchange Commission, or SEC, pushed back its decision on Wisdom Tree’s Bitcoin ETF with a request for public feedback. This request will allow members of the public to communicate their position on whether the trust should be approved or denied. The SEC’s notice stated:

“The Commission requests that interested persons provide written submissions of their views, data and arguments with respect to the issues identified above, as well as any other concerns they may have with the proposal.”

Public comments are required to be submitted to the Federal Register within 21 days, and rebuttals filed in 35 days from publication.

The SEC is asking for comments on whether the public believes that the proposed Bitcoin ETF would be susceptible to manipulation and whether the exchange’s proposal is designed to sufficiently prevent fraudulent and manipulative acts and practices.

The SEC said in the release:

“The Exchange asserts that the manipulation concerns previously articulated by the Commission are sufficiently mitigated to the point that they are outweighed by quantifiable investor protection issues.”

The application was originally filed with the SEC on March 26, 2021 and the commission first asked the public to comment in April. On May 26, the SEC designated a longer period of time to approve or disapprove the proposed rule change. The SEC is currently reviewing many applications similar to this one, including another one by Wisdom Tree for an Ether ETF. Barring another delay, a decision on this Bitcoin ETF could come later this year.