Home » Ripple Rises From the Ashes 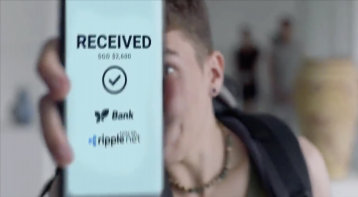 Ripple Rises From the Ashes

Ripple has risen by about 40% today, surpassing $1 for the first time in three years with the currency not far off from regaining its third place.

Its market cap has increased to $45 billion, with its fully diluted market cap at just about $100 billion.

The big question is of course why is this rising, and there isn’t an obvious answer. It may thus well be that it is rising because all other cryptos are rising.

There’s apparently a conference call today with the Securities and Exchanges Commission (SEC), but that appears to be a very administrative routine planning process for the trial after SEC sued Ripple llast year for issuing an unregistered security.

That lawsuit led plenty to think ripple is done, and yet it stands. It does so presumably because rumors speculations and the like have downplayed the lawsuit, with a very reasonable question being what exactly does the SEC want?

Arguably one can say what the Trump administration wanted was to tangle Biden with yet another headache, but in court, what matters is what the judge wants.

This is a trial that will be watched and its outcome will have significant repercussions, so it will have to be an independent and a reasonable judge because the trust of a new generation on the judiciary would otherwise be on trial too.

If we were the judge, we would rule out any return of tokens and a complete dissolution of XRP on the grounds of disproportionality and because, to use Jay Clayton’s analogy, if indeed XRP sold tickets to build a theatre – making it a security – such act would amount to the court ordering the destruction of the now built theatre.

If we’re not destroying the theatre, and obviously no reasonable judge would, then it’s not clear the outcome of the trial would matter where XRP is concerned because the worst they can do is ask the now huge Ripple Corporation to comply with all the disclosures and lawyery bureaucracy which they easily can do.

Ironically such outcome then could even be good for bitcoin ripple because it would become the only fully regulated crypto security.

Or the court could decide this is a utility or is not a security but a currency, something that would amount to the striking down of SEC’s lawmaking through an undemocratic extension of the interpretation of the Securities Act 1933.

Such judge would instantly become a hero of a new generation and thus is perhaps unlikely even if it would be extremely desirable as it would force the due process of democratic lawmaking by giving Congress no choice but to update the law.

In short, any outcome is a win, even if the outcome is unreasonable as then we’d find out the US judiciary has devolved into scleroticism.

That potentially means the lawsuit and the trial is on the verge of becoming irrelevant where XRP’s price is concerned with Ripple continuing to do its thing, including by acquiring 40% of Tranglo which provides licensed Financial Institutions, businesses, and consumers worldwide the ability to make timely cross-border payout or transfer through Tranglo FI solutions and turn-key B2C solutions.

Ripple’s niche is the usage of XRP rails for global transfers. A sort of eventually or theoretically ‘peer to peer’ connector of banks anywhere in the world.

They have a nice ad where they show a guy who accidentally broke a vase and is now in trouble is instantly helped by his parents who send him the money that is immediately received.

Nice enough except any crypto can do this, but ripple is the one most aggressively pushing it and thus apparently continues to be of some relevance.

The token however is still far from its all time high of $4 and it has been criticized for having a centralized design which can’t work in a decentralized way.

In addition Ripple Corp still holds some 50% of the total XRP tokens even now a decade on since issuance, with that being one of the main reasons for SEC’s lawsuit.

On the other hand the token appears to attract a certain non crypto crowd that eventually enters the cryto universe.

So for all the dislike it attracts and for many good reasons, the crypto space is still arguably the better for it than without.