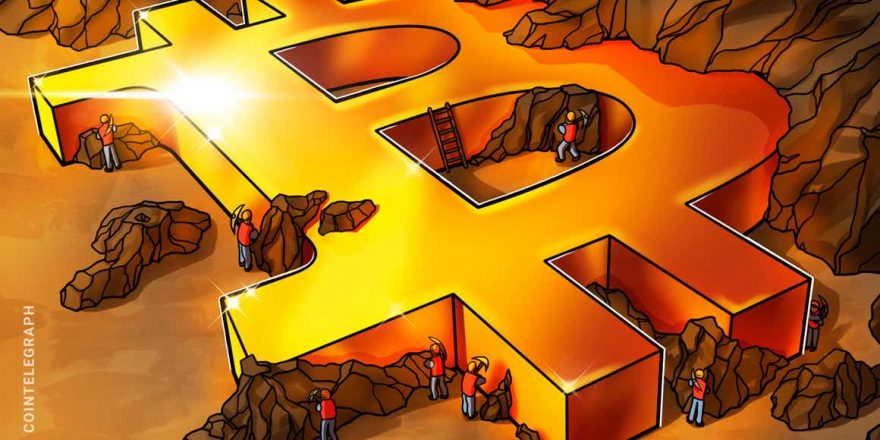 Executive Chairman and Co-founder of Ripple Chris Larsen has unveiled his plan for Bitcoin miners to move away from Proof of Work (PoW), saying they should view it as “a net positive for their longevity.”

He argues it could provide a major boost to the share prices of listed mining firms “as any new code proposal would almost certainly have to include lucrative incentives to gain their support.”

PoW is the consensus algorithm that secures Bitcoin (BTC) transactions on the blockchain. While the Bitcoin network is the most secure and reliable, the amount of energy BTC mining requires causes endless debate in the crypto space. In a Nov. 10 blog post Larsen wrote:

“The emerging solution among climate experts is that Bitcoin’s code needs to be changed to a low energy consensus algorithm like those used by nearly all other major crypto protocols. For example, while Bitcoin uses the energy of approximately 12 million US homes per year, other methods could drive that to fewer than 100 US homes.”

Ethereum is already halfway through the switch to Proof of Stake. While Larsen said this would make Bitcoin an “outlier” he concedes that any similar change would be opposed by most Bitcoin mining companies.

However he’s proposed a solution to fairly distribute the “900 Bitcoin per day” from block rewards and the “approximately 2.1 million additional Bitcoin are to be distributed through the year 2140.”

He suggests that the “least disruptive” solution to BTC’s energy problem is to “take a snapshot of the current hash rate of existing miners and then reward miners on a pro-rata hash power basis.”

“Existing miners would simply have rights to future Bitcoin rewards without the need to expend additional energy or make additional investments in mining rigs.”

The billionaire businessman explained that his plan would give miners “additional economic benefit” and “lucrative gains” because they would gain the same revenue with less operating costs going towards their power bills.

He suggested the “future rewards […] could be held and tokenized,” concluding that “while the process to enact these plans with consensus across the Bitcoin community will take time, the benefits far outweigh the risks.”

“These assets could be extremely lucrative to existing miners, especially as Bitcoin goes from its current climate disaster status to a truly green financial technology of the future.”

Needless to say, the proposals are unlikely to be welcomed by Bitcoiners — or miners who have ambitious plans to increase their share of the hashrate and would miss out on additional revenue through this plan. And judging by the controversy over changing the blocksize, if the proposal did gain some support it would almost certainly lead to a PoW fork.