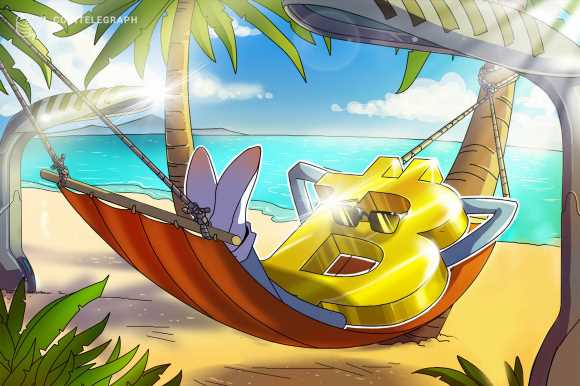 The more than 5,000 residents of an island that forms a part of St. Vincent and the Grenadines can use crypto as a means of payment.

According to a report from Euronews, both residents and visitors to the island of Bequia can use Bitcoin (BTC) to pay for goods and services ranging from property to food at one of the local eateries. The One Bequia project, backed by entrepreneur Storm Gonsalves, is building luxury villas on the island for sale in BTC. Gonsalves said the move to accept crypto was aimed at solving the issue of traditional financial systems abandoning Caribbean islands.

“The adoption of cryptocurrencies is far from being a gimmick,” said Gonsalves. “It’s a response to the very real challenges faced by island communities increasingly cut-off from mainstream banking facilities.”

“Residents of small island nations are finding it increasingly difficult to send and receive money internationally because of ‘derisking’ by large international banks. Derisking is when these large institutions remove their intermediary banking services from smaller island-based community banks. This prevents the island-based banks from transacting internationally.”

The island is currently home to one branch of the Bank of Saint Vincent and the Grenadines and also accepts the Eastern Caribbean dollar for fiat transactions. Gonsalves cited Grenada, St. Kitts and Nevis, Antigua and Barbuda, and Saint Lucia recently adopting DCash as examples of island nations in the Caribbean pushing back to seemingly being slowly cut off from international commerce. The Bahamas has also issued its own central bank digital currency, the Sand Dollar.

Though the entrepreneur claims that many people are “still skeptical” of crypto, the technology could provide an attractive investment for island dwellers. Some are already calling Bequia “Bitcoin Island,” given the opportunity for residents to use the crypto asset as a medium of exchange.

“The Caribbean is known for its laidback island atmosphere,” said Gonsalves. “It’s not exactly the place you would expect a groundbreaking property development on global proportions to take place. I wanted to break out of this mould and surprise the world by pioneering a new way of project financing, such as the use of alternative payment methods such as Bitcoin.”