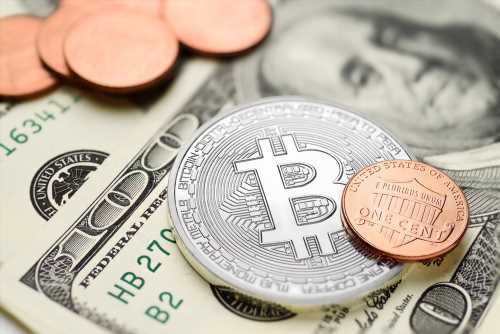 Jefferies has issued a new report claiming that crypto has given birth to a whole new generation of luxury spenders in the United States.

Crypto May Be Limiting the Wealth Gap in the U.S.

The wealth gap has never been more noticeable in America. The difference between rich and poor has been quite evident over the past ten or 12 years, but now it looks like things are taking on an even larger form. With inflation at an all-time high and problems in the supply chain, America is being split into two sections: the haves, and the have nots.

But thanks to cryptocurrency, this appears to be changing. According to the report, China still ranks number one in the arena of consumer spending. However, the United States has been getting stronger over the course of the past four quarters, and this all may have to do with the rise of crypto’s popularity – especially amongst younger individuals.

For example, the report notes a big boom in the buying of non-fungible tokens (NFTs), which are mostly being bought by younger generations. Recently, Live Bitcoin News issued an article stating that many young people in their 20s were purchasing NFTs and other crypto-related items for friends and loved ones this holiday season. The days of giving fruitcake and skateboards may be over for some people, and they are now seeing crypto as a new way of offering wealth and something long lasting.

While NFTs range in price, they are generally considered a solid investment given that they are tokens linked to a physical asset such as artwork. The NFT arena is considered one of luxury, and thus whoever gets involved is believed to have something special in their possession.

Beyond the natural impact of so-called ‘pent-up demand’… we flag the significant surge in asset values (from stock market to real estate to contemporary art) and, above all, the significant impact from cryptocurrency wealth which has increased the total of cash transactions again… Our conversations would indicate as much as 20 to 25 percent of [the last 12-month] sales may have been generated by this phenomenon.

The report also notes that luxury spending has since returned to levels not seen since 2019. This is a good thing considering how much spending fell during 2020, which was the peak year for the coronavirus. It is believed that by 2023, luxury spending in the U.S. could potentially account for approximately 45 percent of the nation’s buying habits.

Digital Currencies Are Helping the Economy

This is highly dependent on the resilience of the underlying assets which allow monetization and is therefore implicitly volatile, but is at least not subject to the risk of growing government pressure as is the case in China.