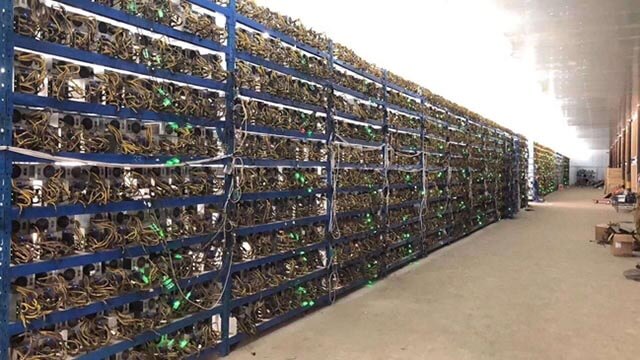 A new report suggests that bitcoin mining operations are likely to exceed the energy requirements of more than 180 countries by the year 2024.

Bitcoin Mining Is Needing Too Much Electricity

As of late, bitcoin mining has been taking a lot of guff from environmentalists and people who just are not that crazy about the cryptocurrency world. They claim the process of mining bitcoin leaves a harmful mark on the environment – one that is not likely to disappear anytime soon, and they are concerned about the future and their children’s well-being.

Thus far, it has been stated that bitcoin mining exceeds the energy requirements of countries such as Sweden, Iceland and Argentina, and that the carbon footprint left behind by bitcoin mining is equivalent to the one caused by Las Vegas, Nevada.

One of the big problems all these reports and analyses seem to have is that much of the world’s current bitcoin mining takes place in China, which does not seem to put green energy at the forefront. China appears to be running many of these operations on coal and standard fossil fuels, which is releasing more pollution into the environment, causing planetary strain. Granted this does not stop, these operations could require more electricity than more than three quarters of the world’s nations.

This latest report estimates that as many as 75 percent of the world’s bitcoin mining projects are based in China. It states that granted things do not change, the total energy consumption of these projects will reach a new pinnacle in the year 2024, hitting 297 TWH (terawatt hours). The document says:

This exceeds the total energy consumption level of Italy and Saudi Arabia and ranks 12th among all countries in 2016. Correspondingly, the carbon emission flows of the bitcoin operations would peak at 130.5 metric tons per year in 2024. Internationally, this emission output surpasses the total greenhouse gas emission output of the Czech Republic and Qatar in 2016.

Naturally, the world is really taking notice of these numbers, and many are now looking to do their part in reclaiming the planet. Figures such as Kevin O’Leary, for example – aka “Mr. Wonderful” on the popular television series “Shark Tank” – has stated that he will not be buying any bitcoin mined in China, which he called “blood coin” in a recent interview.

No BTC Mined in China

While he is eager to continue his crypto investing endeavors, he mentioned that he would only be purchasing bitcoin mined with clean energy from here on out. He says:

I see over the next year or two, two kinds of coin. Blood coin from China, and clean coin mined sustainably in countries that use hydroelectricity, not coal… I am not buying coin unless I know where it was mined, when it was mined, the provenance of it. Not in China. No blood coin for me.