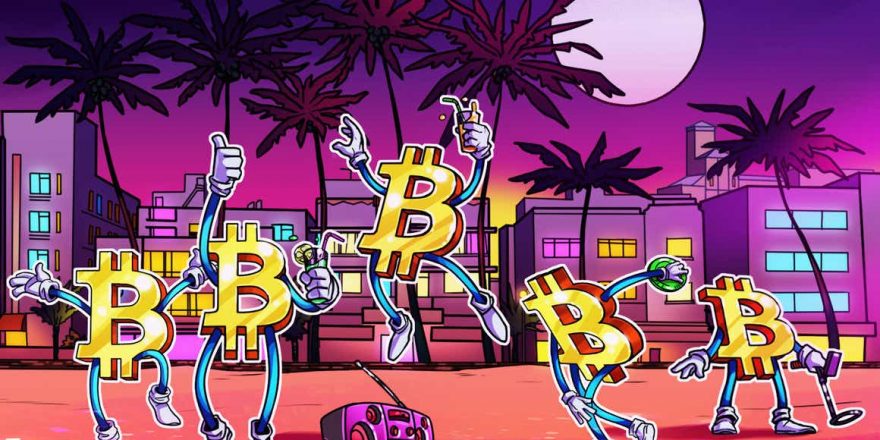 Soon after becoming the first United States lawmaker to accept a part of his salary in Bitcoin, Suarez wants to dedicate a part of his retirement savings to Bitcoin based on “a personal choice,” he said in an interview with Real Vision:

The long-standing mayor of Miami Francis Suarez has now announced plans to take a part of his 401(k) payout in Bitcoin (BTC) just a month after he started receiving salary in BTC.

“I just think it is a good asset to be invested in. I think it’s one that’s obviously going to appreciate over time. It’s one that I believe in.”

Suarez highlighted that Bitcoin’s success is tightly tied to the confidence in the system, which is inherently an “open-source, un-manipulatable system”. The mayor revealed that he has started receiving salary payments in Bitcoin through the help of a third-party payment processor Strike.

The mayor also shared that the city government accepts fee payment in Bitcoin from Miami residents. While the Mayor explores the various options for enabling the Bitcoin payments for retirement savings, Suarez is certain to establish a relevant system by 2022.

Related: Miami will hand out free Bitcoin to residents from profits on city coin

In an effort to further drive Miami’s Bitcoin adoption drive, Mayor Suarez announced on Nov. 12 to give Bitcoin yield as a dividend directly to every eligible Miami resident.

As Cointelegraph reported, the city of Miami will divide the BTC yields earned by staking its in-house cryptocurrency, MiamiCoin, which was initially launched by Citycoins to fund municipal projects by generating yield. In a bid to transform the city into a major cryptocurrency hub, Suarez said:

“We’re going to create digital wallets for our residents. And we’re going to give them Bitcoin directly from the yield of MiamiCoin.”