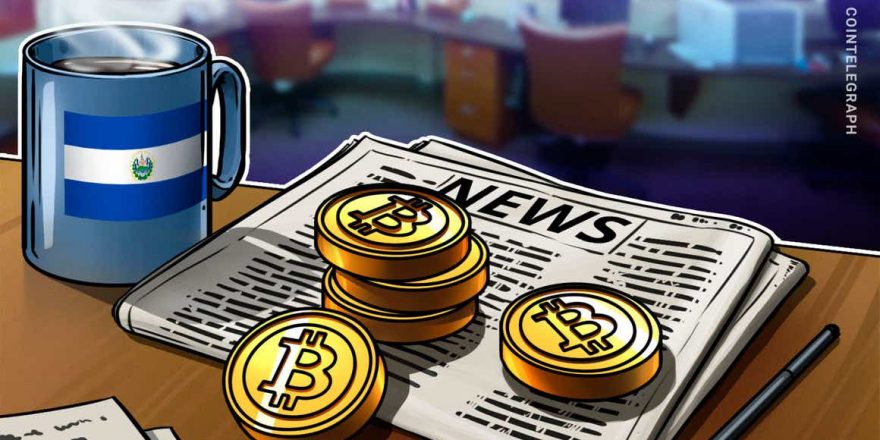 “Please don’t spread Reuter’s FUD,” Bukele tweeted to his 3.6 million followers, rebuking the claim that CZ was flying in to assist after the $1 billion bond offering, originally scheduled for mid-March, was postponed until September. He was responding to a tweet on the subject by Bitcoin Magazine, which has now deleted the post.

Bukele stated that the delay in the “volcano bond” offering was primarily due to legislative delays in Congress, that his meeting with CZ has nothing to do with the bond offering and that the pair intends to discuss “other issues”.

Paolo Ardoino, CTO of Bitfinex — the company underwriting the bond — came to Bukele’s aid stating that the delays were largely due to laws concerning the bond issuance tha still needed to be passed by Congress. Samson Mow, former chief strategy officer Blockstream — El Salvador’s partner in the bond launch — also joined in, tweeting that “nothing has changed”.

Earlier in the week, El Salvador’s Finance Minister Alejandro Zelaya said that the $1 billion bond, originally scheduled for mid-March would be delayed until September, citing geopolitical instability as the primary reason behind the delay.

Three hours after hitting out at Reuters reporting, Bukele was back on Twitter complaining about the US Government, responding to a proposed bill that seeks to minimize American exposure to El Salvador’s financial system following its adoption of Bitcoin as legal tender. The Accountability for Cryptocurrency in El Salvador Act was passed out of committee on Wednesday, and it is set to be voted on by the full U.S. Senate.

“Never in my wildest dreams would I have thought that the U.S. Government would be afraid of what we are doing here,” Bukele tweeted in response to the news, adding, “The US Government DOES NOT stand for freedom and that is a proven fact.”

Related: 14% of Salvadoran businesses have transacted in BTC: Chamber of Commerce

The Bitcoin-backed bond is being issued by El Salvador as a way of amassing larger BTC reserves and to fund the construction of “Bitcoin City”, a development dedicated entirely to Bitcoin and associated blockchain technology. It will reportedly use geothermal power from nearby volcanoes to power Bitcoin mining as well as the city’s infrastructure. Half of the $1 billion proceeds will go to construction costs and the remaining $500 million will be invested directly into Bitcoin.