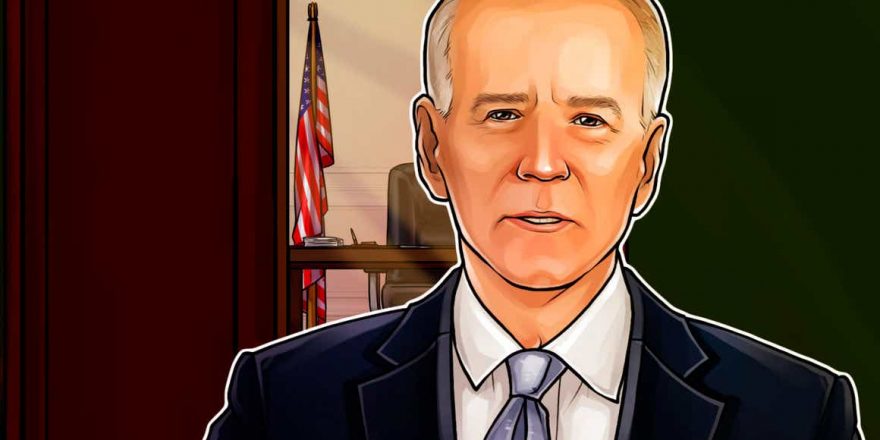 After months of scrutiny from both the United States Senate and House of Representatives, the infrastructure bill — criticized by many crypto advocates — is now officially the law of the land.

In a ceremony in front of the White House on Monday, President Joe Biden signed the $1 trillion infrastructure bill before an audience of reporters, lawmakers and union workers. While the bipartisan legislation is aimed at providing funding for roads, bridges, internet access, solar panels, electric vehicle charging stations and other major infrastructure projects, lawmakers included language applicable to cryptocurrencies prior to its passage in both chambers of Congress.

The bill as it was passed will implement tighter rules on businesses handling cryptocurrencies and expand the reporting requirements for brokers. The bill mandates that, going forward, digital asset transactions worth more than $10,000 be reported to the Internal Revenue Service. A group of senators originally proposed an amendment to the bill that would have clarified the crypto tax reporting requirements, but the proposal failed to get approval in August.

Bipartisanship and jobs seemed to be the theme of the afternoon, with many speakers addressing Democrats and Republicans working together to pass the bill. Biden personally thanked Senators Kyrsten Sinema and Rob Portman as well as Minority Leader Mitch McConnell for their roles in getting the legislation through the Senate.

“For too long, we’ve talked about having the best economy in the world. […] Today, we’re finally getting this done,” said the U.S. president. “America is moving again, and your life is going to change for the better.” 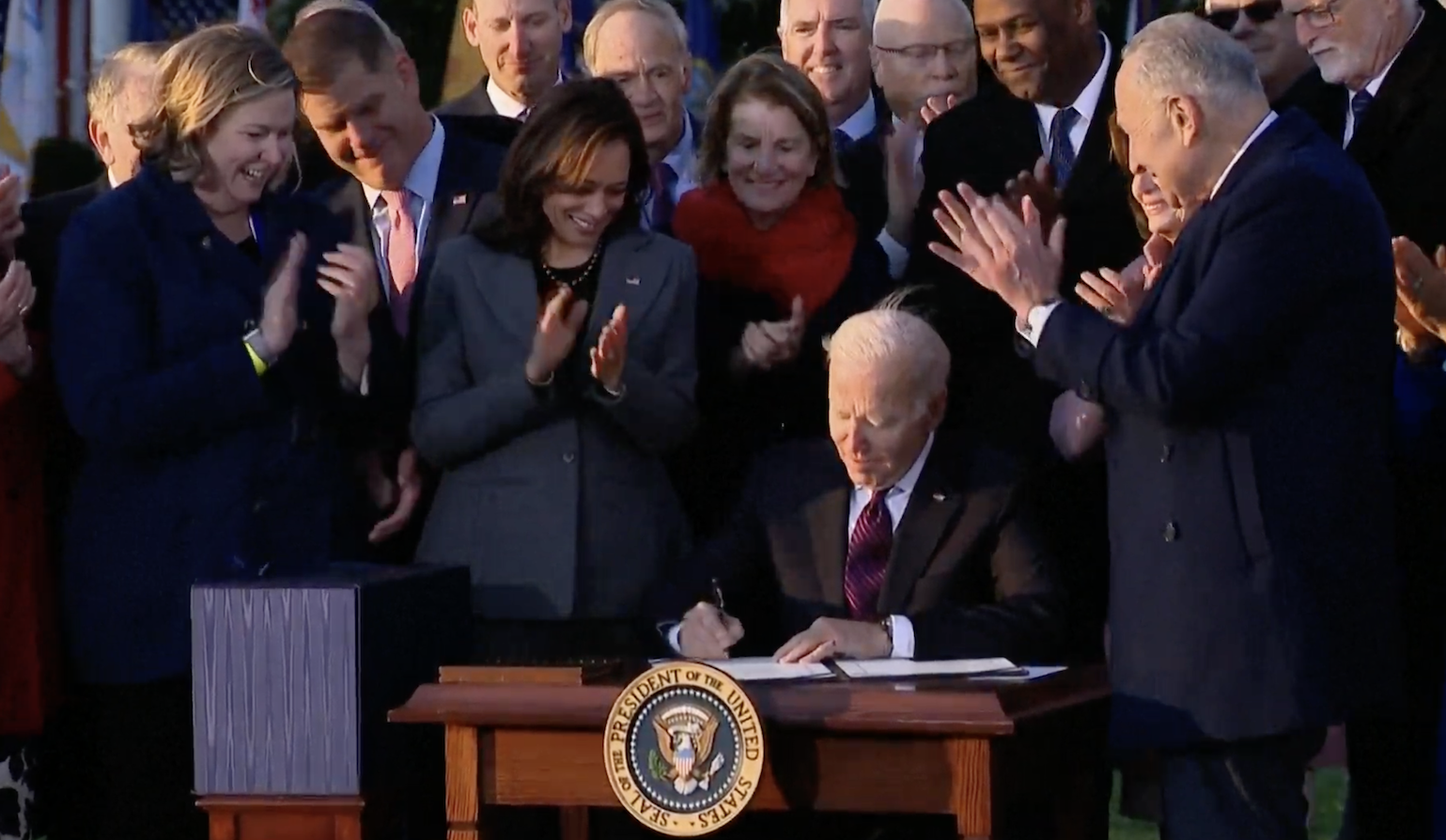 The majority of senators behind the effort to amend the crypto language in the bill ultimately voted yay, but Pat Toomey criticized the legislation as “too expensive, too expansive, too unpaid for and too threatening to the innovative cryptocurrency economy” when it passed in the Senate. He called out the crypto tax reporting requirement as possibly “unworkable.”

While it’s now difficult for any U.S. lawmaker to change the substance of the crypto reporting requirement — which is scheduled to go into effect starting in 2024 — others have used the bill’s passage as a call to action. Shannon Bray, a Libertarian candidate for one of North Carolina’s seats in the Senate, encouraged voters to “elect crypto-friendly representatives” seemingly to help fight the law’s implementation.

Related: 8-word crypto amendment in infrastructure bill an ‘affront to the rule of law’

Biden signed the infrastructure bill despite a reported last-ditch effort by Senators Ron Wyden and Cynthia Lummis to change the tax reporting requirements to “not apply to individuals developing blockchain technology and wallets.” It’s unclear how the bill proposed by Wyden and Lummis would affect the current legislation on infrastructure, which had to pass through both the Senate and House before reaching the president’s desk.