Wall Street saw losses on Monday but Bitcoin, after a $400 plunge, was quick to climb back above $13,000 and was trading at $13,125 at press time. Polkadot exhibited a bearish divergence just beneath a level of resistance and was promptly rejected. Filecoin showed strong bearish momentum and FTX Token could see a minor pullback before posting gains. 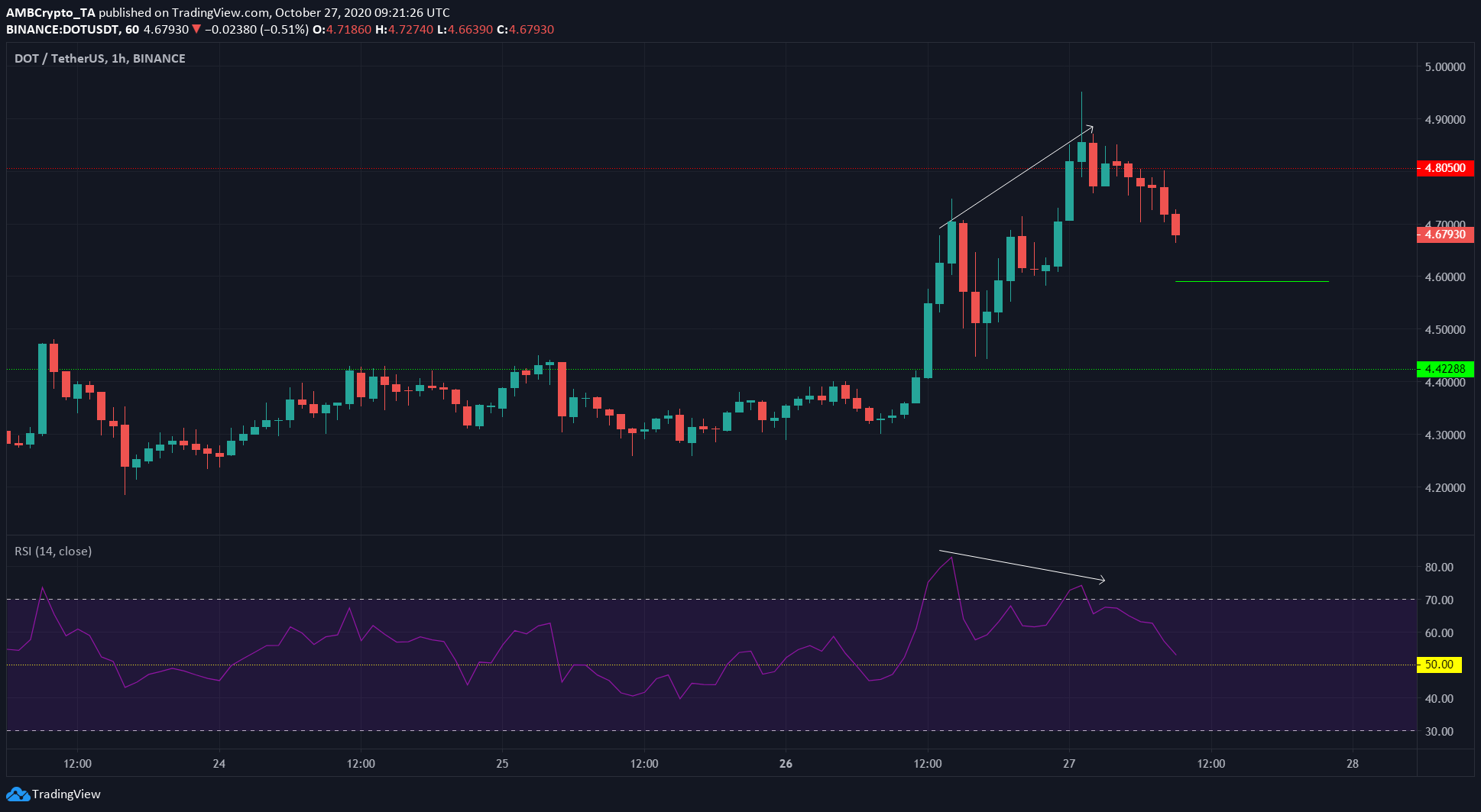 A bearish divergence was spotted on DOT’s hourly chart (white) between the price and momentum. DOT made high highs while the RSI made lower highs, and DOT’s attempts at scaling resistance level $4.8 was abruptly halted.

It is possible that DOT can fall a little further south, with a region of support at $4.59.

In related news, Polkadot-integrated RAI Finances announced that it raised $1.5 million worth of strategic investment led by global crypto-funds including GBIC and Alphabit. 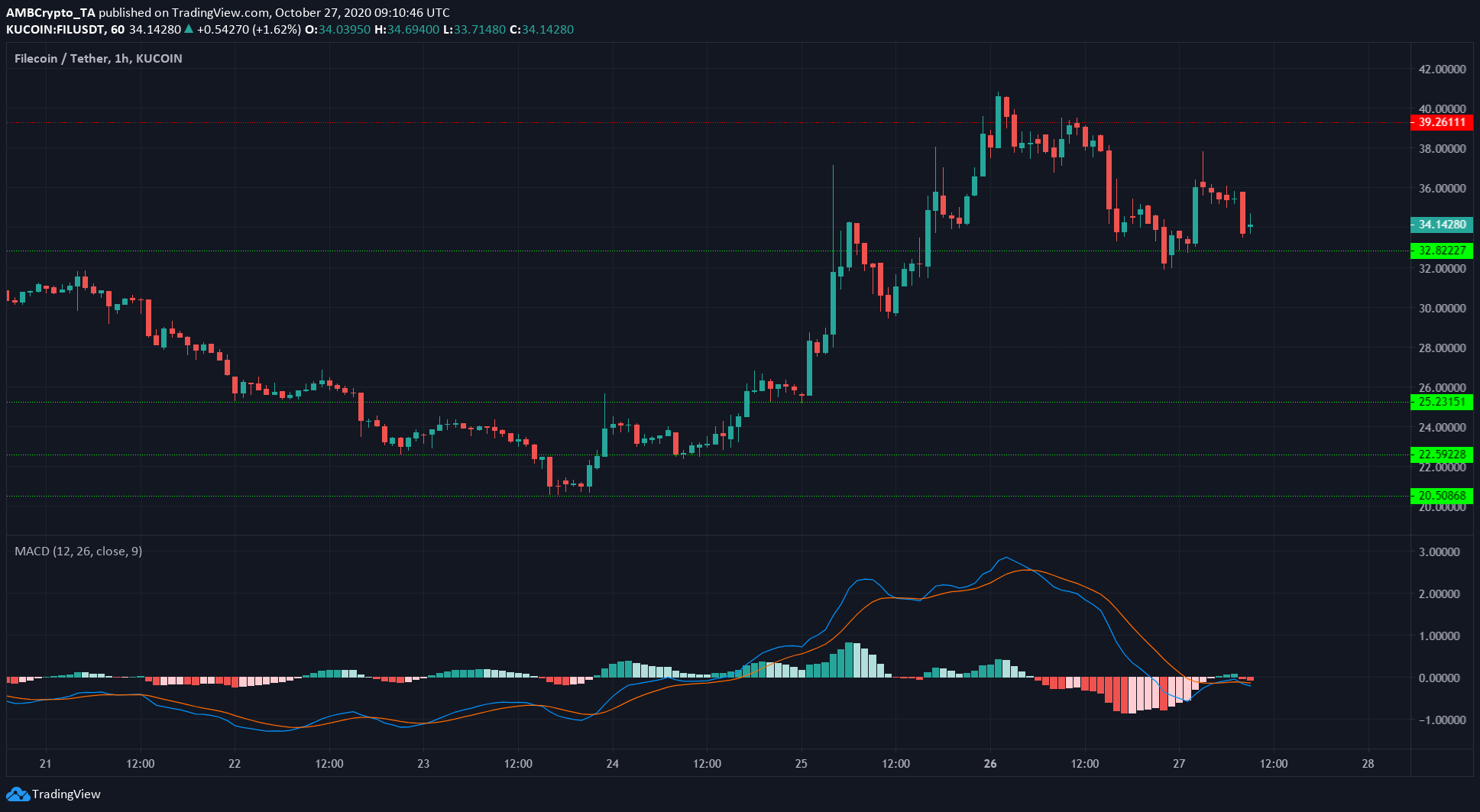 Filecoin surged from $20.5 to nearly $39 in the space of a couple of days, but it might be retracing some gains over the next few days.

The MACD had formed a bearish crossover and signaled “sell” at the local top for FIL. The significant space between the MACD line and the signal line highlighted the recent bearish momentum for the asset.

At press time, the signal line was moving beneath zero and the MACD line had just formed a bearish crossover, indicating potential losses. The next level of support for FIL is at $32.82.

A few days ago, the Founder and CEO of Filecoin Juan Benet asserted that Justin Sun’s accusations of Filecoin being an exit scam were completely false. 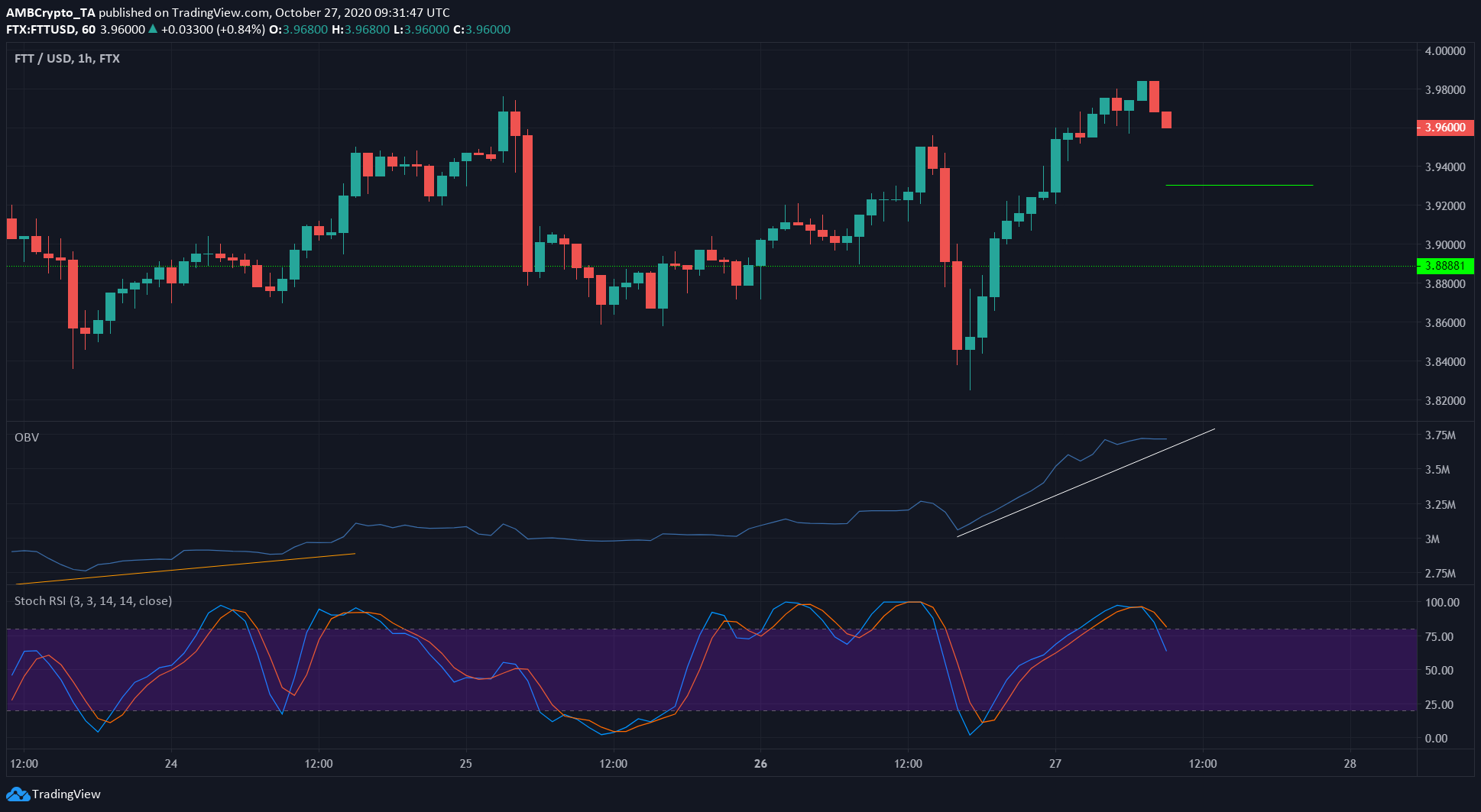 The Stochastic RSI showed that FTT had reached into overbought conditions and was due for a correction. This pullback could take FTT to $3.93 in the coming hours, a level that price has gravitated toward in the past.

The OBV showed that FTT’s recent surge was backed by strong buying volume, lending credence to the idea of a short-term uptrend.