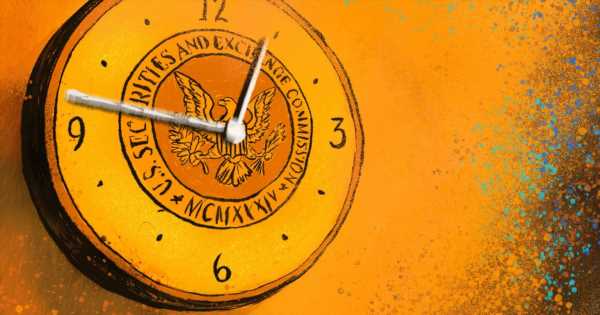 An ETF is seen as one of the easiest ways of bringing bitcoin exposure to the masses, as it would be accessible through the stock market and legacy brokerage accounts. Currently, with no approved ETF on the market, retail investors using legacy brokerage accounts are constrained to bitcoin trusts like Grayscale’s GBTC. Investment in bitcoin-focused companies is also a route to indirect bitcoin exposure, but an ETF would offer direct exposure to BTC without the need to pay trust premiums or invest in third-party companies.

Per the filing, NYDIG hopes to list the ETF on the New York Stock Exchange. The bitcoin tied to the product would be custodied with the NYDIG Trust Company and its initial authorized participant — an organization with the right to create and redeem shares of an ETF — is investment giant Morgan Stanley. NYDIG Bitcoin Trust, as the product would be called, would pay NYDIG Asset Management a fee of 0.5 percent per year.

The filing also included information about the bitcoin market, offering a high-level overview of how the Bitcoin protocol and network operate and making the claim that the bitcoin on-chain are fungible.

“Units of bitcoin are treated as fungible,” the filing reads. This is noteworthy, as the case of bitcoin fungibility has been questioned many times by critics of Bitcoin’s open ledger.

The filing also dives into the Lightning Network, explaining the development around another one of Bitcoin’s oft-criticized shortcomings: scalability.

The filing came shortly after Purpose Investment announced the approval of its own bitcoin ETF by Canadian regulators, making it the first firm cleared to offer such a product in North America. Many firms have attempted to receive approval for a bitcoin ETF from the SEC and many have been rejected.

NYDIG is a subsidiary of Stone Ridge Asset Management, which has more than $10 billion in assets under management and announced its own $115 million bitcoin investment late last year.