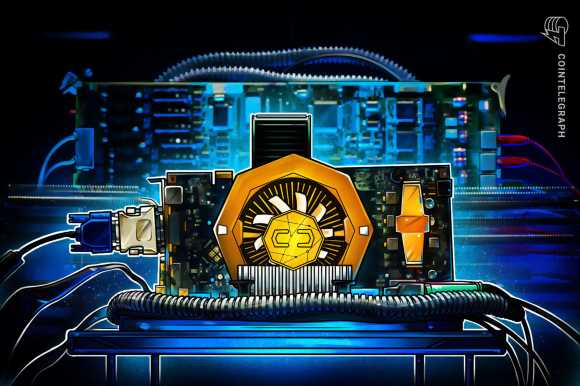 Nvidia, a leading manufacturer of graphics processing units, or GPUs, has announced record earnings for Q1 2021. However, the firm has downplayed the role of the crypto bull market in driving its impressive performance, primarily attributing demand for its products to gamers.

The firm reported an 84% increase in sales overall, with the impressive performance owing to a period of sustained growth despite global shortages of semiconductors.

Nvidia claims demand from the video game sector more than doubled in the past 12 months, producing annual growth of 106% to drive $2.76 billion in sales. CFO Colette Kress, emphasized surging demand for its consumer GeForce GPUs from gamers and students.

Its graphics segment represented $3.45 billion in revenue with an 81% increase. However, Nvidia estimates demand from crypto miners represented just $155 million worth of its sales.

The company recently took action to deter crypto miners from purchasing its GPUs earlier this year by adding software that limits the hashing capabilities of its GTX RTX 3060 units.

While the firm noted that cryptocurrency miners had a positive impact on demand for GPUs, Nvidia determined “it is hard to determine to what extent” revenues could be attributed to the sector.

Despite its impressive performance, Nvidia expects its recent supply woes will continue for the coming months, predicting GPUs will be in short supply during the second half of the year.

“CMP yields better, and producing those doesn’t take away from the supply of GeForce. So it protects supply for the gamers.”

Previous efforts to launch specialized mining hardware — notably the Crypto SKU units — have landed Nvidia in hot water, with shareholders claiming the firm misrepresented to investors that half of its GPU sales were made to crypto miners during 2017 and 2018, resulting in inaccurate forecasts regarding demand for GPUs from gamers amid the crypto bear trend. Nvidia won the case in March of this year.