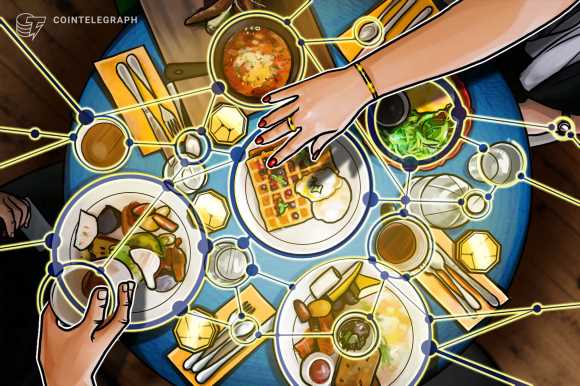 Annual subscriptions to the Italian restaurant cost 60,000 yen, which is equivalent to $546, in addition to an up-front membership payment of 3,000 yen ($27.30). According to the service’s website, dishes available for customers on the delivery menu include pumpkin ravioli, corn and chicken tortellini, and asparagus pizza, amongst others.

It was also noted that token owners will be granted the opportunity to trade their acquired food assets starting next year.

Last year, Nomura organized a pilot project which sold crypto tokens in exchange for a real-life experience. Local residents who purchased a token could participate in the making of soups from asparagus plants grown by the firm’s subsidiary Nomura Farm Hokkaido Co.

Nomura has outlined plans to branch out into other sectors in the coming years, building initiatives to support local businesses agricultural and fishery products, alongside contributing to the growing application of digital assets in the real world.

The Japanese government has recently been pushing forward with legislation and regulation to support the adoption of digital assets. As of now, the space remains nascent, but if collaborations such as that of Coinbase and Mitsubishi UFJ Financial Group suggest anything, it’s that demand is fast rising across the country.

Back in the early summer of 2010, computer programmer Laszlo Hanyecz completed the first reported commercial purchase with a newly minted currency, Bitcoin. Hanyecz paid 10,000 BTC for two Papa John’s pizzas, valued at a modest $41 at the time, but a stratospheric $480 million today.