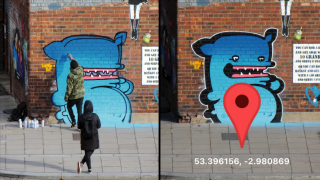 Another exciting week in the NFT universe has unfolded as Kiwie digitizes graffiti in new collectibles, the original meme makes its way to market, and a new integration between Videocoin and Filecoin supports video-based NFTs.

The Fat Monster Meets the Mint

Latvian-based art collective Kiwie is bringing its iconic Fat Monster character to the blockchain as it becomes the first group to create and auction NFTs from physical graffiti installations. The new initiative designed to connect the online and offline art worlds will involve building virtual 3D models of spray-painted figures. Each will be accompanied by a geotag to connect ownership of art to the NFT.

Auction winners will also receive a metal card denoting a claim to each Fat Monster NFT. From there, the NFTs can be traded, and if the physical art installation is ever removed or erased, the NFTs become unique “Ghost Monsters.” On April 13th, the first batch of five existing Fat Monsters will be minted and auctioned on Rarible’s blockchain. Following this initial auction, four more sets of yet unpainted monsters will be minted in the coming months. Just mere days away from Ethernity Chain’s official launch on April 12th, the platform has announced that it’ll be auctioning Jason Heuser’s first-ever meme that was originally designed in 2012. The NFT platform, which donates a portion of all proceeds to charitable causes, endeavors to bring exclusive, rare collectible content from high-profile artists, athletes, entertainers, and industry evangelists.

In an homage to the internet itself, memes, and NFTs, the platform has collaborated with Heuser to feature a minted version of the “Welcome to the Internet” meme as Ethernity seeks to bring attention to how NFTs can help directly reward creators for their efforts. In total, the auction will include another 299 pieces in addition to Heuser’s original creation.

To address the growing interest in merging video content with NFTs, Videocoin, which operates a decentralized video-processing network, is integrating Filecoin to build a platform to mint, store, and trade video NFTs. Unlike other networks which simply mint the non-fungible token, this new integration will see Filecoin also provide Proof Of Ownership to resolve pain points involving ownership validation and origin verification.

Filecoin’s decentralized blockchain storage network currently boasts approximately 2.5 billion gigabytes of capacity. Thanks to this scale, the freshly announced integration can help video owners tap into their catalogs’ value by providing the actual infrastructure itself. By extension, Videocoin will supply the architecture needed to optimize the platform to avoid the high costs and storage constraints that characterize NFTs hosted on Ethereum.

Are you still excited about NFTs? Let us know what you think of the trend in the comments section below.