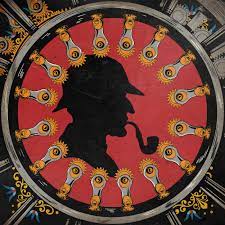 Non-fungible token (NFT) company NiftySplits has announced it has sold out its latest collectible movie.

Based in the UK, NiftySplits was born out of a longstanding passion and understanding for blockchain and its future capabilities. The company is focused on creating unique digital assets with entertainment brands as a means of adding value and proof of ownership to mediums such as films, music, books, games and art.

The company is set to capitalize on the growing NFT industry, which has already seen significant value sales of art and sports collectables, with the release of its latest film ‘Kevcoin the Movie’.

KevCoin the movie is is an independent comedy feature made in the UK via One Light Productions and produced by Danny Wimborne. The now sold out NFT gives viewers access to a download link to watch the movie, as well as unique artwork to enhance its appeal as a collectible.

Jason Attar, Founder of NiftySplits said “We placed the film as an ongoing experiment to understand the process and possibilities of NFTs. We were so surprised at the speed in which it sold out.

“By showcasing the breadth of new markets available to traditional content owners via NFT and blockchain, we hope to build both third party licensing and original content as a scalable business.

“We are building software solutions to enable NFT plug and play functionality on third party websites and apps.

“The unique aspect of NFTs is the fact they can be resold, with the original publisher claiming a typical 5%-20% royalty. This is written into the code of the NFT for life. It transforms the long-tail on content revenue, upon which, depending on the rarity of the digital goods, could easily see the value increase over time.”

NiftySplits is currently negotiating with rights owners of some the most iconic moments in cinema, with the view to sell new NFT collectables as part of the NFT ecosystem.