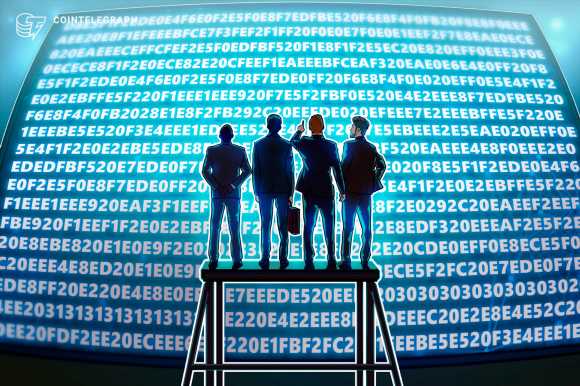 In a move that could point towards greater decentralization and wider access, the Nexus Mutual community is currently considering a proposal to sunset the coverage protocol’s legal entity and lift Know Your Customer (KYC) burdens currently necessary to interact with the platform.

The proposal was announced yesterday in a Tweet by investment fund 1kx co-founder Christopher Heymann. In it, Heymann notes that Nexus originally launched with a “a UK-based limited company” in order to protect the team from legal liabilities and tax-related issues.

However, Heymann argues that the DAO, with over 3,500 global members, is now sufficiently decentralized and no longer needs a “legal wrapper” in the form of a limited company.

In addition to shedding a superfluous legal entity, the proposal also argues that the requirements under the entity to KYC users have grown onerous and are limiting Nexus’ growth:

“While these efforts protected Nexus Mutual during the early days of inceptions, these limitations also imposed barriers to global permissionless participation and ownership of Nexus Mutual. It complicated the user journey of acquiring smart contract coverage, prevented individuals from certain countries from participating in Nexus Mutual, and represented a challenge in properly distributing the $NXM token to the DeFi ecosystem.”

As a result, in the proposal 1kx requests up to $50,000 to perform “legal due diligence” on sunsetting the legal entity with the help of law firm Norton Rose Fulbright. This would result in a legal memo outlining a strategy to wind down the entity, which would then be voted on by the DAO as well.

In a statement to Cointelegraph, Nexus Mutual co-founder Hugh Karp said that moving away from Nexus’ previous structure is a natural evolution.

“Nexus Mutuals legal structure was primarily put in place to provide legal and regulatory certainty. It was desiged in 2017 before MakerDAO was even on mainnet, so it’s certainly due for a rethink,” he said. “Its great to see 1kx, an early supporter of Nexus, take this forward.”

Up to this point, Nexus Mutual has been a case study for the complications that can arise when semi-centralized real-world legal entities attempt to interact with or provide services to the decentralized finance (DeFi) marketplace. While Nexus’ membership token, NXM, is tied to a bonding curve and can only be bought through Nexus and by KYC’d members, WNXM is a wrapped version that can be freely traded on decentralized exchanges.

This has led to a curious tokeneconomic oddity where NXM and WNXM can — and often do — trade at vastly different prices, and WNXM has long been considered a burden on NXM’s price, dragging it down via arbitrageurs whenever WNXM sits below parity with its parent asset.

Lifting the KYC burden could grow these metrics considerably as privacy-focused users can gain access to policies without revealing their real-world identities. Likewise, it could be a boon for NXM’s price, as the market for WNXM would presumably shrink as speculators could purchase exposure more easily directly through the Mutual.

In a statement to Cointelegraph, a representative for Nexus declined to take a side on the proposal, and called on the community to weigh in:

“We strongly encourage all community engagement to develop and grow the mutual. There are wide implications on both sides of this particular discussion and we encourage all members to participate in the vote for this proposal.”