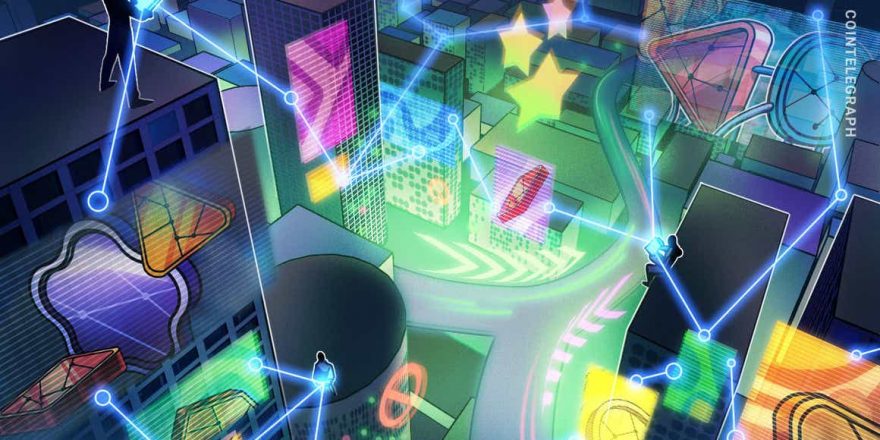 LooksRare, a recently launched nonfungible token, or NFT, marketplace, says it wants to index all NFT collections on the Ethereum blockchain. The site went live on Monday with a token airdrop.

Created by two anonymous co-founders, known as Zodd and Guts, LooksRare claimed to be made “By NFT People, for NFT People.” According to its blog announcement, the LooksRare team is “tired of the deplatforming of creators, and the decision-makers who value business over community, seeking IPO instead of benefiting the communities that got them there.”

Their alleged solution is to offer a marketplace that rewards the platform’s participants and creators. Users who buy or sell NFTs from eligible collections can earn its native utility LOOKS tokens. OpenSea users who traded 3 ETH or more between June 16–Dec. 16, 2021 are eligible for an airdrop of LOOKS Tokens.

In addition, the platform has a 2% standard fee on all NFT trades, which is lower than OpenSea’s 2.5%, that goes to LOOKS token stakers. And users can trade NFTs with Ether or wrapped ether (WETH). At the time of publication, LOOKS traded at 0.0008748 WETH ($2.69).

The LooksRare site was down for a few hours on Monday, which caused some users to experience difficulties while connecting their wallets and completing listings. According to the project’s Discord, the site was under a distributed denial-of-service attack, or DDoS, meaning that its network was overwhelmed with malicious traffic.

Related: 5 NFT marketplaces that could topple OpenSea in 2022

On Monday, another NFT marketplace launch announcement was made by the news organization Associated Press, which plans to debut its photojournalism NFT platform on Jan. 31.