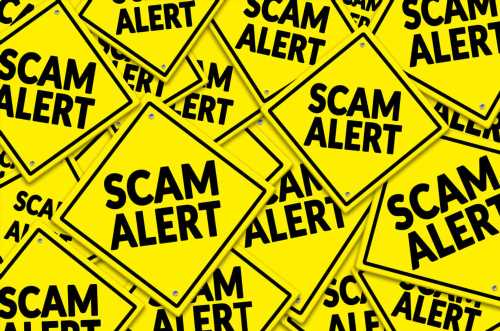 A new cryptocurrency scam is making its way through the digital space, and it’s got the attention of officials in the state of Florida. Regulators are now warning all crypto investors to watch out.

How One Scam Is Getting So Much Attention

State Attorney General Ashley Moody is referring to the scam as a “bait-and-switch” scheme. The operation works by assisting crypto investors with legitimate trades. Thus, things appear correct, and traders feel like they don’t need to worry.

However, from there, the scammers encourage victims to send their money to a fraudulent website where the money is taken and never given back. At first, the money remains on the platform which stays functional for a short period. It isn’t long, though, before individuals are eventually halted from logging into their accounts on the platform. In addition, all the “advisors” that have been helping the traders suddenly disappear.

Roughly 100 complaints have been received regarding the scam, with most arriving in Moody’s office last October. In a statement, the attorney general commented:

The allure of quick profits has drawn millions to cryptocurrency trading, with many new investors joining the market daily. Where there is opportunity though, there are also scammers — baiting victims with early success, then prompting them to transfer their profits to fraudulent trading platforms.

Moody also put out several pieces of advice to investors regarding what to keep an eye out for when dealing with potentially fraudulent trading operations. For example, one should always be wary if they receive unsolicited offers to invest in something. These offers typically cannot be fully traced, and traders need to know that when something sounds too good to be true, it probably is.

In addition, individuals are always advised to research the platforms they’re considering. If there are no legitimate managers – if they don’t have strong backgrounds in engineering, technology, or similar arenas – there is a good chance that the operation is not real, and if there are no means of getting in touch with representatives of the platform, this is also a major problem.

One should also never be duped into wiring or sending money, and they should never provide any personal data without making sure that the company is real.

This Is Getting More Common

Situations like these have popped up all over the place during the last year and a half. One of the biggest examples came in the form of a Twitter scam that occurred in the summer of 2020. A teenage boy put out several messages on the account profiles of well-known individuals such as Joe Biden, Elon Musk and Bill Gates telling people to send bitcoin to anonymous addresses and have their funds doubled.

Those who took part in the scam wound up having their money stolen. Overall, the hacker wound up walking off with more than $120,000 in BTC prior to being arrested.