Microsoft has filed an application for a patent on a cryptocurrency mining system fueled by data collected from human beings as they partake in activities like exercising, viewing advertisements, or reading. The application, which was filed with the World Intellectual Property Organization (WIPO) on Thursday of last week, was originally reported by CoinDesk.

The system laid out in the application is analogous to a proof-of-work mining algorithm, only much of the work would be done through data collection: sensors would detect and record activity associated with a certain set of tasks. The records would then be turned into data that can be read by computers to solve equations.

”A brain wave or body heat….can be used in the mining process”

“Instead of massive computation work required by some conventional cryptocurrency systems, data generated based on the body activity of the user can be a proof-of-work, and therefore, a user can solve the computationally difficult problem unconsciously,” the application explains.

“For example, a brain wave or body heat emitted from the user when the user performs the task provided by an information or service provider, such as viewing an advertisement or using certain internet services, can be used in the mining process.” 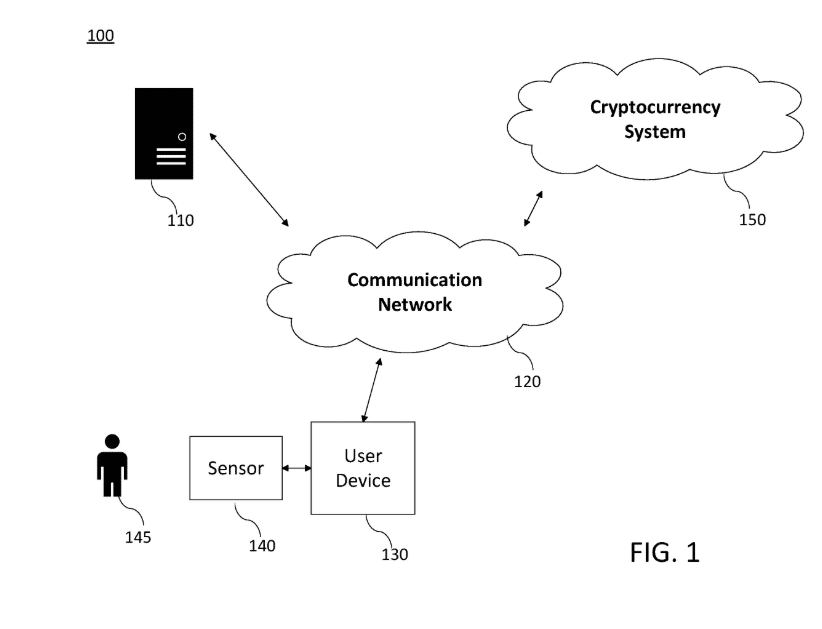 There is no indication as to whether Microsoft will be exploring the application’s system any further or if it is ever planning on developing it. It’s also unclear whether the protocol would be built on its own blockchain, or on top of an existing blockchain.

The concept of using human activity to mine cryptocurrency, while it hasn’t been placed into practice in any widespread sense, has been explored in the past–in late 2017, a Dutch startup known as the “Institute of Human Obsolescence” found that collected over several overs, the body heat from 37 people produced enough energy for a computer to perform mining operations continuously for more than eight days.