Home » Crypto » MiamiCoin has now raised $24.7 million… but who will benefit? 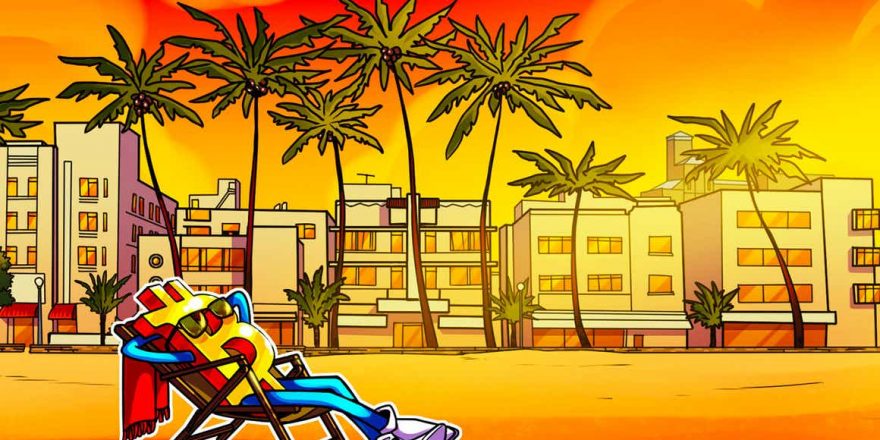 Recently, Cointelegraph spoke to Miami Mayor Francis Suarez following the announcement that Miami residents with a digital wallet can earn a Bitcoin dividend.

The company that sets up the infrastructure to get Bitcoin dividends into the hands of citizens is CityCoins, an open-source protocol that provides fundraising mechanisms for cities.

Miami and New York City are the two inaugural cities to begin fundraising, via MiamiCoin and NYCCoin respectively. However, neither Miami nor New York City actually own MiamiCoin (MIA) or NYCCoin, instead their treasury wallets are full of Stacks (STX).

According to a presentation given at the North American Bitcoin Conference 2022 in Miami, by CityCoins Community Lead Andre Serrano, MiamiCoin has raised $24.7 million worth of STX, while NYCCoin has raised $30.8 million that’s held in its city treasury.

In order for residents to acquire CityCoins, they must first purchase STX on an exchange like Okcoin or Binance. On Tuesday, Coinbase had planned to list STX for trading, but delayed the launch until further notice.

Stacks is the blockchain that seeks to make Bitcoin (BTC) programmable. CityCoins are fungible tokens built on the Stacks blockchain, and one CityCoins token contract is deployed per city. Serrano said:

“CityCoins have the potential to transform how people interact with their cities by aligning the incentives between local governments and city residents.”

He added that CityCoins can “unlock a city’s cultural value while providing new opportunities for creators,” comparing how Los Angeles is known for Hollywood, to Miami’s potential to be known as the crypto capital of the U.S. if MiamiCoin succeeds.

At a high level, it’s the community that mines to create CityCoins. Mining CityCoins is performed by forwarding STX tokens into the smart contract in a given Stacks block. Miners are then rewarded with new CityCoins tokens. There is no hard cap on CityCoins, unlike Bitcoin.

According to Serrano, CityCoins gives a city a business model by offering incentives to its citizens to earn passive income: 30% of mining awards get sent to the city’s custodial reserve wallet, while 70% of mining rewards are distributed to people who choose to stake their CityCoins.

He explained that the more valuable MiamiCoin becomes, the more miners are willing to mine it, which increases the amount of STX blocks they are willing to contribute. As a rather indirect result, the funds in the treasury grow, and because Stacks yield Bitcoin, those proceeds of MiamiCoin mining can then be distributed as dividends to coin holders.

CityCoins are programmable, meaning that smart contracts can be developed around CityCoins tokens. Serrano offered some real world use cases that include giving residents discounts for using public transportation or shopping locally, or even the ability to pay for NFTs. Tokens could also potentially be used create local registries and property deeds.

How funds will be allocated in Miami is yet to be determined. Serrano suggested, however, that a priority for the city is to improve the public education system. Once the city decides to claim and convert STX to USD to fund a public project, then residents might start to receive BTC dividends.

In order to receive public feedback about how Miami should spend their funds, MiamiCoin hosts an app called MiamiVoice that allows residents to propose ideas and vote on them.