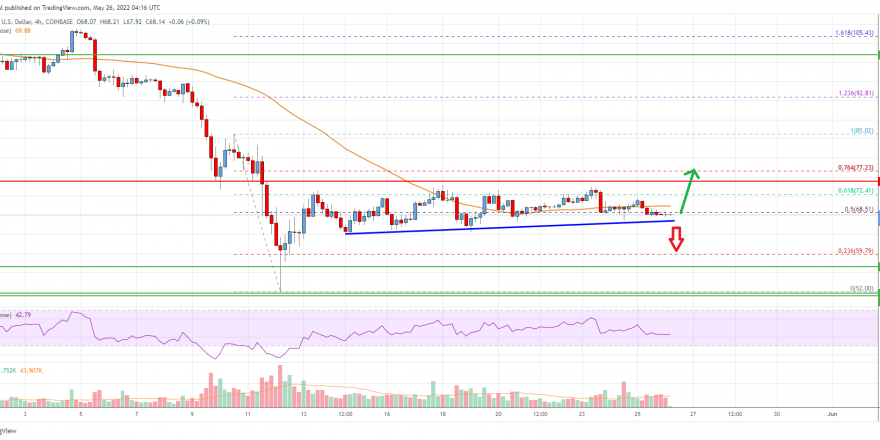 Litecoin price is losing pace below $70 against the US Dollar, similar to bitcoin. LTC price could continue to move down towards the $55 support.

In the past few days, there were range moves in bitcoin, ethereum, ripple, and litecoin against the US Dollar. Earlier, LTC formed a base above the $52 level and started a recovery wave.

However, they failed to gain strength above $72. The price also stayed below the 61.8% Fib retracement level of the key decline from the $85 swing high to $52 low.

It is now trading below $70 and the 55 simple moving average (4-hours). On the downside, an immediate support is near the $67 level. There is also a key bullish trend line forming with support near $67 on the 4-hours chart of the LTC/USD pair.

The next key support is near the $60 level. If there is a downside break below the $60 support, the price could continue to move down towards the $55 level in the near term.

Looking at the chart, litecoin price is clearly trading below $75 and the 55 simple moving average (4-hours). Overall, the price could accelerate lower towards the $60 and $55 support levels in the near term.