The crypto winter has emotions running high. Kraken CEO Jesse Powell came under fire for his defense of listing the new LUNA, also known as LUNA 2.0, which seeks to bring the original LUNA — now known as Luna Classic (LUNC) — and TerraUSD — now known as TerraUSD Classic (USTC) — back from the dead.

Respected names in the crypto industry such as Nic Carter of Castle Ventures spoke out against the decision, while in a separate tweet thread, Powell lashed out at short-seller Jim Chanos, who had built a large short against Coinbase, Kraken’s biggest competitor.

Carter simply tweeted “why” to the official Kraken Twitter account that announced the listing of the new LUNA.

The world’s fourth-largest crypto exchange, Kraken lists over 160 cryptocurrencies. The list grows every month, from Bitcoin (BTC) to Filecoin (FIL) to the second iteration of LUNA, which currently sits 164th on its price index.

The first Terra collapse wiped out circa $50 billion, causing suicide hotlines to be pinned to the Terra subreddit, while legal documents reveal Terraform Labs founder Do Kwon liquidated two branches and an entire company days before the crash.

The project was then hard-forked and relaunched with little to no recompense for impoverished investors. An airdrop, for example, did not go how the developers intended, as tokens were unevenly distributed. The new LUNA has since slid from highs of almost $20 to less than $8, despite a 90% spike in price driven by a Binance airdrop. 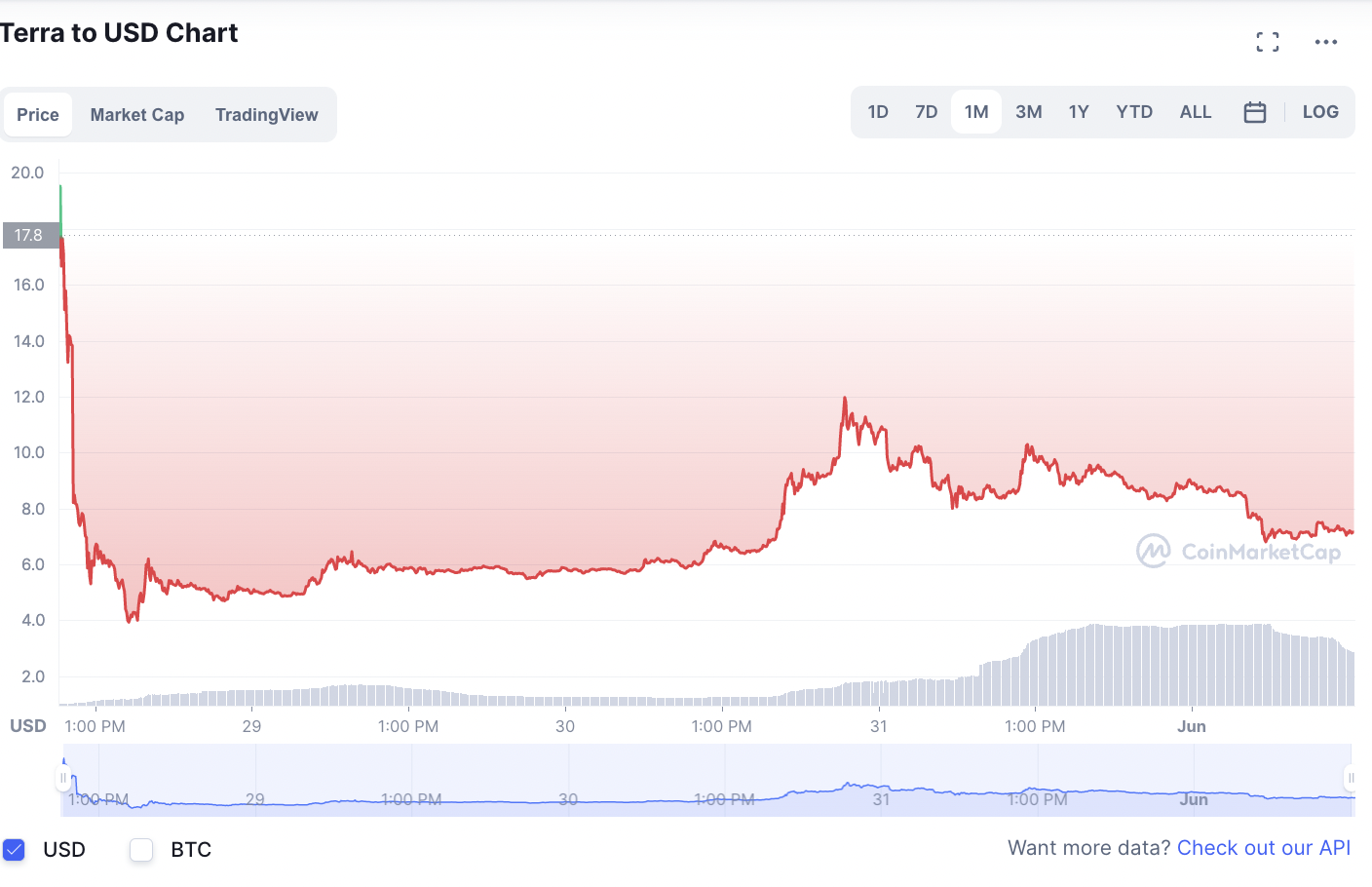 Powell cites that “client demand” motivated the listing of LUNA. Rohan Grey, an assistant professor of law at Willamette University, called Powell out on the move, arguing that eBay does not allow fraudsters to remain on the e-commerce platform, so why should crypto exchanges allow Terra a seat at the table? The comment was a quip to Powell’s claim about Kraken:

Powell has previously shown a decisive side to his operations, recently closing Kraken’s global headquarters because “San Francisco is not safe.” However, when it comes to money and Kraken, “We try to be as asset-agnostic as possible,” he tweeted.

“Fiat and most stocks are garbage but where’s the outrage? Revenue from these other coins pays for all the security, pro-BTC lobbying and marketing.”

In a separate Twitter thread, Kraken defended the future of crypto exchanges. In a Crypto Critics Corner podcast, Chanos — an American investment manager — detailed the short he had built up against Coinbase, America’s largest crypto exchange. For Powell, there will be a “paradigm shift over the next 10 years,” and crypto exchanges will come out as winners.

Infighting and Twitter spats aside, for those seeking signal among the war of words, Powell shared his investment preferences for picking Bitcoin, investing in exchanges, or both:

Kraken did not immediately respond to Cointelegraph’s request for comment.