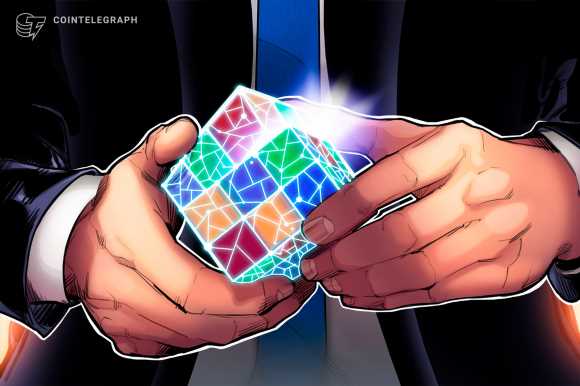 Multinational investment bank JPMorgan Chase & Co is reportedly trialing the use of its own private blockchain for collateral settlements.

A money market fund is a type of mutual fund that is considered as a low risk investment as it offers exposure to liquid and short term assets such as cash, cash equivalents and debt-securities with high credit ratings.

In terms of JPMorgan’s broader vision for its private blockchain, the bank said that it intends to enable investors to put forward a wide range of assets as collateral that can also be used outside of regular market hours. It pointed to equities and fixed income in particular.

“What we’ve achieved is the friction-less transfer of collateral assets on an instantaneous basis,” stated JPMorgan’s global head of trading services Ben Challice. BlackRock wasn’t a counterparty but it has been heavily involved in the initiative “since day one and are exploring use of this technology.”

JPMorgan has been actively involved with crypto and blockchain tech for quite some time now, and also founded Onyx Digital Assets (ODA) in late 2020. The project is described as a “blockchain-based network that enables the processing, recording and Delivery-versus-Payment (DVP) exchange of digital assets across asset classes.”

While it wasn’t specifically outlined if JPMorgan used the ODA in this instance, the network is geared up for the exchange of cash for different types of tokenized collateral, providing intraday liquidity, and offering access to the bank’s digital payment infrastructure and token JPM Coin.

Tyrone Lobban, head of JPMorgan’s Blockchain Launch and the ODA said the bank is aiming to get ahead of a trend in which it sees a broader range of traditional financial services being offered via blockchain tech:

“There will be a growing set of financial activities that happen on the public blockchain, so we want to make sure that we are able to not only support that but also be ready to provide related-services.”

Speaking on the move, BNP Paribas Global Markets managing director and head of US repo trading and sales Christopher Korpi, highlighted the significance of being able to streamline its processes via blockchain tech: