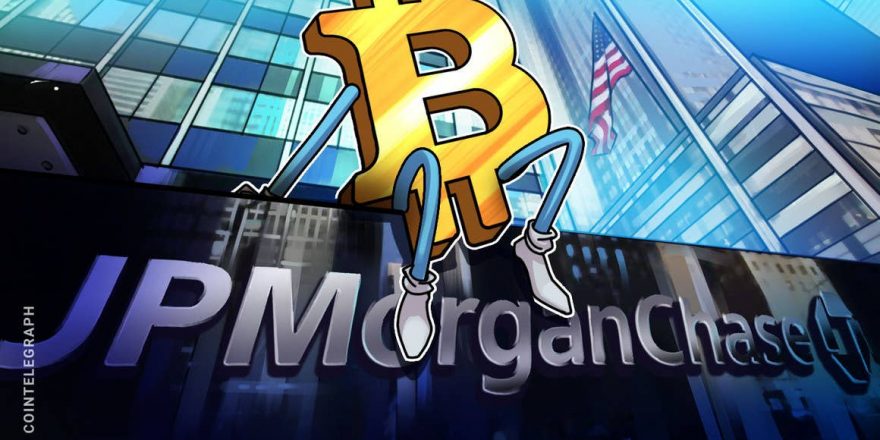 In an online interview with Times of India, the CEO of investment banking behemoth JPMorgan slandered Bitcoin’s popular appeal, despite stating that the leading digital asset could increase 10x in a matter of five years.

A historically staunch critic of Bitcoin (BTC), Dimon called Bitcoin a fraud back in 2017 and cited the reported capability for criminals to evade capture from authorities by operating their financial transactions in Bitcoin (BTC) rather than U.S. dollars.

When Times of India asked the CEO whether Bitcoin or other cryptocurrency assets should be banned or regulated, Dimon responded:

“I don’t really care about bitcoin. I think people waste too much time and breath on it. But it is going to be regulated… And that will constrain it to some extent. But whether it eliminates it, I have no idea and I don’t personally care. I am not a buyer of bitcoin. That does not mean it can’t go 10 times in price in the next five years.”

Despite this, JPMorgan has expressed a growing interest in the development and implementation of crypto and blockchain initiatives over the past year.

In January, the firm purchased a 10% stake in ultra-bullish business intelligence firm Microstrategy, who’s CEO Michael Saylor is one of Bitcoin’s most renowned investors and holders.

In July, the firm created multiple worldwide vacancies for blockchain developers, engineers and marketers to work on its crypto-centric Onyx division — responsible for launching the bank’s stablecoin asset JPM Coin in Oct 2020.

According to a recent report, a JPMorgan subsidiary, Counterpoint Global, is considering offering cryptocurrency investments to wealthy clientele. With assets under management topping $150 billion, this would represent a sizable stamp of approval for the rest of the banking industry.

Dimon has received notable criticism for his dismissive views on digital assets, and no more so than from Wall Street veteran Max Keilser in an interview with Cointelegraph in late 2020. Keilser shared a biological analogy to express his discontent with the banking magnate:

“Bitcoin came into existence as a spontaneous life form that grew out of our global, collective consciousness as a defense mechanism to fight predatory central banks. Jamie Dimon is a parasite, like a tapeworm, and our species had no defense. So with God’s help, we collectively willed Bitcoin into existence to fight fiat money, fractional reserve banking and Keynesian debt-money propaganda.”