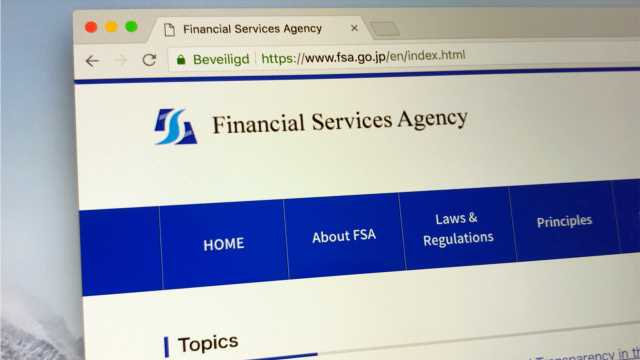 The Japanese government’s Financial Services Agency (FSA) has issued a warning to the crypto derivatives exchange Bybit claiming that the trading platform is allowing residents of Japan access to the exchange. The news follows the Bank of Japan Governor Haruhiko Kuroda criticizing digital currencies for speculation.

Japan’s top regulator that handles banking, securities and exchange, and insurance sectors within the economy has recently issued a warning to Bybit Fintech Limited. Bybit is a crypto derivatives exchange that offers digital currency futures, perpetual swaps, and other types of contracts to crypto asset traders. The FSA’s warning claims that Bybit’s operators are allowing Japanese citizens to leverage the platform and notes that the exchange has not registered with the regulator.

The news has been spreading like wildfire on social media and people discussed how Binance was warned about the same thing three years ago. In 2018, Japan’s FSA sent Binance a warning for not meeting the regulator’s registration requirements. The issues with Bybit come at a time where regulators all around the world are cracking down on crypto services. Japanese regulators are stepping up regulations like South Korea in order to meet Financial Action Task Force (FATF) virtual asset mandates.

The Bank of Japan (BoJ) Governor Haruhiko Kuroda also slammed the leading digital currency bitcoin (BTC) last week for speculation. “Most of the trading is speculative and volatility is extraordinarily high,” Kuroda told the press last Thursday. “It’s barely used as a means of settlement,” the central bank Governor criticized. The BoJ lead may be pressing the FSA to crack down on speculative trading and crypto derivatives exchanges.

A report published in August 2020, shows that Bybit expanded into Japan, South Korea, and Vietnam at that time. The report written by Mohammad Musharraf says Bybit’s platform “added support for the Japanese yen and South Korean won.” Bybit is one of the top five derivatives exchanges worldwide in terms of future volumes. Bybit was also warned by the United Kingdom’s Financial Services Agency last February.

“We believe this firm may be providing financial services or products in the UK without our authorisation,” the UK financial watchdog said at the time. In a blog post published on March 5, the crypto derivatives exchange Bybit revealed it ceased operations in the UK region.