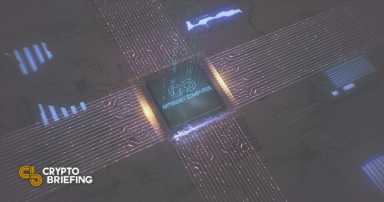 On Sept. 1, Internet Computer Protocol (ICP) launched its first ever NFT collection called ICPunks. However, the whole process was marred by network issues.

ICPunks is a collection of 10,000 unique, randomly generated clowns, and is a play on the American Hip-hop duo the Insane Clown Posse, with which the network shares the ICP acronym. ICPunks could be minted for free; however, when users tried, they reported being unable to load the application and claim their NFT.

A report by Igor Lilic, who heads developer relations at Dfinity stated the network was “not serving real user traffic anywhere close to the theoretical maximum rate.” The final result was that the subnet hosting the NFT canister (smart contract) struggled to properly interact with the ICPunks’ website.

The NFT minting went live at around 20:00 UTC on Sept. 1. According to the ICPunks developers, 180k people were online to claim the free NFTs, and it was the first time the network had experienced such a high volume of traffic. Soon after the minting began, users reported not being able to interact with the NFT dApp.

What appears to have happened is that a particular subnet, an individual network within the Internet Computer that hosted the NFT contract, could not manage the amount of traffic. The current subnet architecture has not been configured to handle a high volume of users interacting with it.

The nodes within that subnet (pjljw) had been configured to limit users’ requests to query and update calls whenever it detected very high traffic. This was implemented to avoid spam attacks and prevent denial of service on the network. Unfortunately, this safeguard backfired.

Other canisters within the subnet NNS app and Distrikt were disrupted too. Outside subnets within the IC also “experienced degraded performance” due to high traffic.

Despite the congestion, the subnet (pjljw) canister was able to finish the NFT drop, and the minting of 10,000 NFTs was finished within 30 minutes.

In the end, the main complaint from the perspective of end-users was poor network performance.  The user experience was so bad that several NFT claimers posted about the incident on social media, aggressively calling out the NFT drop, some even claiming that the whole thing was a “scam.”

The incident is not the first to demonstrate network issues with IC. Several days before the NFT drop, a developer from DFinance, a DeFi project building on IC, reported network issues during a testnet event of only 9000 users.

Anticipating the hype around the launch, the ICPunks team had already migrated website hosting from IC to their centralized servers. Despite hosting the website themselves, the team admitted that the Internet Computer was “very laggy.”

Community members have also pointed out that the subnet was single-threaded and used only 1 of 64 cores. Therefore, ironically, during the NFT drop, while the subnet maxed out its performance, other cores were idle. This means the subnet was running at a much lower hardware capacity than it should have been.

The Dfinity Foundation raised more than $200 million from the top crypto VCs, including Andreessen Horowitz (a16z), and Polychain Capital.

However, after the network genesis, the Dfinity Foundation faced intense criticism for its token distribution. Many critics even accused the insiders and VCs of front running and selling tokens leading to a 95% price collapse. Now, the project has come under fire in the last few days for its inability to host its first NFT mint.

While the team has touted IC’s capability to achieve web scalability and become a world computer, the very first NFT drop on the network failed to corroborate their claims. The network is still in the beta phase, and therefore it is hoped that the IC team will improve the network infrastructure soon.